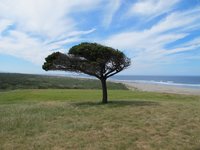 DORIAN SR. – Edward S. of Purchase, NY, founder and former chairman of Dorian Drake International, died on April 20 following a long battle with cancer. He was 92. Born on March 8, 1924 in Orange, NJ, he was the second son of Armenian immigrants who fled Turkey to escape persecution in the early 1900’s. After graduating Orange High School in 1942, he served in the U.S. Army in Europe and Japan during WWII. He later attended Seton Hall University, where he majored in business and graduated Magna Cum Laude in 1949. In a rich and varied international business career that followed, he pioneered two industries—export finance and export management—and positively influenced the lives and careers of many people who worked with him. He worked for the Arabian American Oil Company from 1949 – 1967, during which time he worked for periods in Lebanon, the Netherlands and Saudi Arabia and earned an MBA from NYU. He then served as president of Drake America, a NY-based export management company and its affiliate, Export Credit Corporation, from 1967 – 1974. He left to found Creditcorp International, another export finance company, in 1975, where he worked until 1981, when he started Dorian International, an export management company. The new company, Dorian International, acquired his former company, Drake America, in 1985 and later unified its identity as Dorian Drake International. Based in White Plains, NY, the firm continues today under the leadership of his oldest son, Edward Dorian Jr. An avid golfer, he was a long-time member of Westchester Hills Golf Club in White Plains, NY and later an active member of Westchester Country Club in Rye, NY and Broken Sound Country Club in Boca Raton, FL. He was also a founding member and first elected parish council chairman of St. Gregory Armenian Church of Westchester. A devoted family man, he is survived by his adoring wife Ethel, whom he married in 1951; a daughter Donna; son Edward Jr.; daughter-in-law Andrea; and two grandsons, Nicholas and Kenneth, who were for their grandfather a source of great pride; brother Dr. Robert Dorian; brother Seth Dorian; sister Nancy Kasarjian; and a large and loving extended family. He was predeceased by his son Gregory, who died in 1992 and his brother Daniel who died in 2011. The family will receive friends at the Graham Funeral Home, Rye, NY on Friday April 29, from 2-4 PM and 7-9 PM. Funeral Service Saturday April 30, at 11:15 AM at St. Gregory the Enlightener Armenian Church in White Plains, NY. In lieu of flowers, donations can be made to the following two charities: By check payable to St. Gregory the Enlightener Armenian Church (with notation “in memory of Edward S. Dorian Sr.”) mailed to St. Gregory the Enlightener Armenian Church, 1131 North St., White Plains, N.Y. 10605 To the Multiple Myeloma Research Foundation online or click on the Make a Donation link to the left: http://support.themmrf.org/site/TR/Events/General?fr_id=1040&pg=ffind