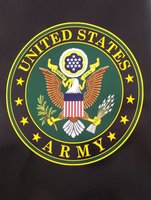 Paul B Verille, a life long Rye resident died peacefully on January 26 with his granddaughter, Michele Verille, at his side.  Born September 18, 1925, he was as one of eight children that Joseph and Catherine Verille raised on High Street, in Rye. All his brothers (Perry, Lou, John, Murph and Joe) and his sisters (Florence and Vicky) have predeceased him (3 having passed away within the last 3 months).

Paul attended Rye High School where he was a star athlete in football, basketball and baseball.  After high school, he joined the Army to fight alongside his brothers in World War 11.  He was honorably discharged as Private First Class.  He returned from the war to open up a deli in Port Chester.

In 1954, he met and married his wife, Mildred of 48 years and they raised 3 children (Steve, Rich and Mark).  Paul worked as the shipping manager for RB&W in Port Chester, for 23 years before embarking on his very successful sales career, selling packaging products for 20 years with his trademarks of always wearing a sharp blazer and tie, stylish shoes and always driving his immaculate Cadillac to every sales call.

He most recently had retired and enjoyed spending his free time with his grandchildren.  Paul is survived by his 3 sons (Steve, Rich and Mark), 2 daughters-in law (Kerry and Marcia) and 8 grandchildren (Michele, Kristen, Jennifer, Rye, Jake, Anna, Clare and Michael).