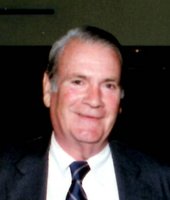 Woodward, M. Cabell, a 54 year resident of Rye, New York passed away valiantly and peacefully on Saturday, October 26, 2019 after medical complications from a fall.  He was 90 years old.  A distinguished business leader, revered colleague and friend, Cab’s warmth, personality, intelligence and humor drew admiration and friendship across the globe.  A former CFO of the ITT Corporation in the 1980’s and 1990’s and a CEO of the Continental Baking Company in the 1970’s, Cab displayed exceptional business, financial, and common sense throughout his life.  His belief that strong companies begin with respected leadership at the top led to his being a most sought after board member by numerous corporations including Capital Cities/ABC, Black and Decker and the Melville Corporation.  Cab was a long time member of the Apawamis and Manursing Island Clubs in Rye and the Blind Brook Club in Purchase where he served in many capacities.  He later joined the USSGA (United States Seniors Golf Association) where he made wonderful friendships, was elected a President and received the highly acclaimed William Campbell Award.  Cab demonstrated personal integrity, a love of the game of golf and competition and the belief in the pursuit of fine character through sports.

Born in Pittsburgh, PA on January 29, 1929, Cab was the firstborn son of Anne Snowden Cary and M. Cabell Woodward, Jr.  Cab’s family then relocated to New Rochelle, New York where his leadership, academic skills and athletic talents were first identified.  Voted most likely to succeed in his senior year at New Rochelle High School, Cab was president of the student body and captain of the football and basketball teams.  But, Cab’s character and values were equally influenced by his attendance at Camp Dudley, the oldest boys’ YMCA camp in the country.  There, Cab learned the lessons of honorable actions, “the other fellow first” and building diversity in community.  Cab was Dudley’s youngest leader at 15 years of age managing 8-12 boys.  The counsellors claimed that it was Cab’s height and maturity that landed him the job.  Yet, Cab often joked that ”no one else was available because of the war, so they were stuck with me”.  Cab’s sense of humor was a joy to all who came in contact with him.  His storytelling whether at meetings, meals, or podiums was proof of his gifts as a great communicator.  The education at Dudley and New Rochelle High School propelled Cab toward Princeton University where he received a BA in History in 1951.  After graduating, Cab was called to duty with the US Marine Corps eventually attaining the rank of Captain. Cab was stationed at Camp LeJeune, North Carolina where a blind date led him to his wife of 46 years Helen Boushee of Wilmington, NC.  Cab and Helen moved to New York City after their marriage and Cab’s illustrious finance career began at the Hanover Bank. While impressing management in the daytime, Cab pursued an MBA at NYU at night while occasionally selling pots and pans to housewives in his apartment complex when he wasn’t busy enough. (Cab’s good looks proved beneficial in sales!)  In 1961,Cab was made an Assistant Treasurer at the Continental Baking Company in Harrison, New York where he quickly rose in position.  In 1969, he became the Company’s youngest President ever at the age of 40 shortly followed by an appointment to CEO in 1971. In 1978, Cab joined the ITT Corporation as an Executive vice President and CFO, a few years after Continental was acquired .  He remained  Vice Chairman at ITT until his retirement in 1993.

Returning to his passions in the golden years, Cab became involved again in scholarships for underprivileged kids, played paddle tennis, bridge and golf in his spare time.  Cab would also frequent weekly lacrosse and basketball games and wrestling matches rooting his grandsons to victory and watching dance recitals for his granddaughter.  At age 84, Cab was honored once again with the Camp Dudley “Man of the Year Award” given for a lifetime of accomplishment, strength of character and always promoting “the other fellow first”.

Cab is survived by his cherished daughter and son in law,  Anne  Boucher and husband Jeb of Harrison,  NY,  four adoring grandchildren, Hayden Boucher of New York City, Peter Boucher (partner Jennie)  of Larchmont, NY and Cary Boucher of Denver, CO and Katherine Kiarsis (husband Jeff) of Port Chester, NY.  He is also survived by his only brother, Cary Woodward of Baltimore, MD and his wife , Peggy,  two nieces, Clarkson Woodward and Marshall Woodward and a great grandson, Miles Boucher.  His long term love and companion,  April Vehslage of Greenwich,  Connecticut,  also survives Cab.  He was predeceased by his devoted wife,  Helen in June 2000 and his oldest daughter, Margaret  in May 2019.

A private family burial will take place  at Greenwood Union Cemetery in Rye, New York with a spring 2020 memorial service and date to be determined.  In lieu of flowers, donations in Cab’s memory may be made toward promoting veterans’ health and readjustment after service or toward the development of opportunity in underprivileged youth.