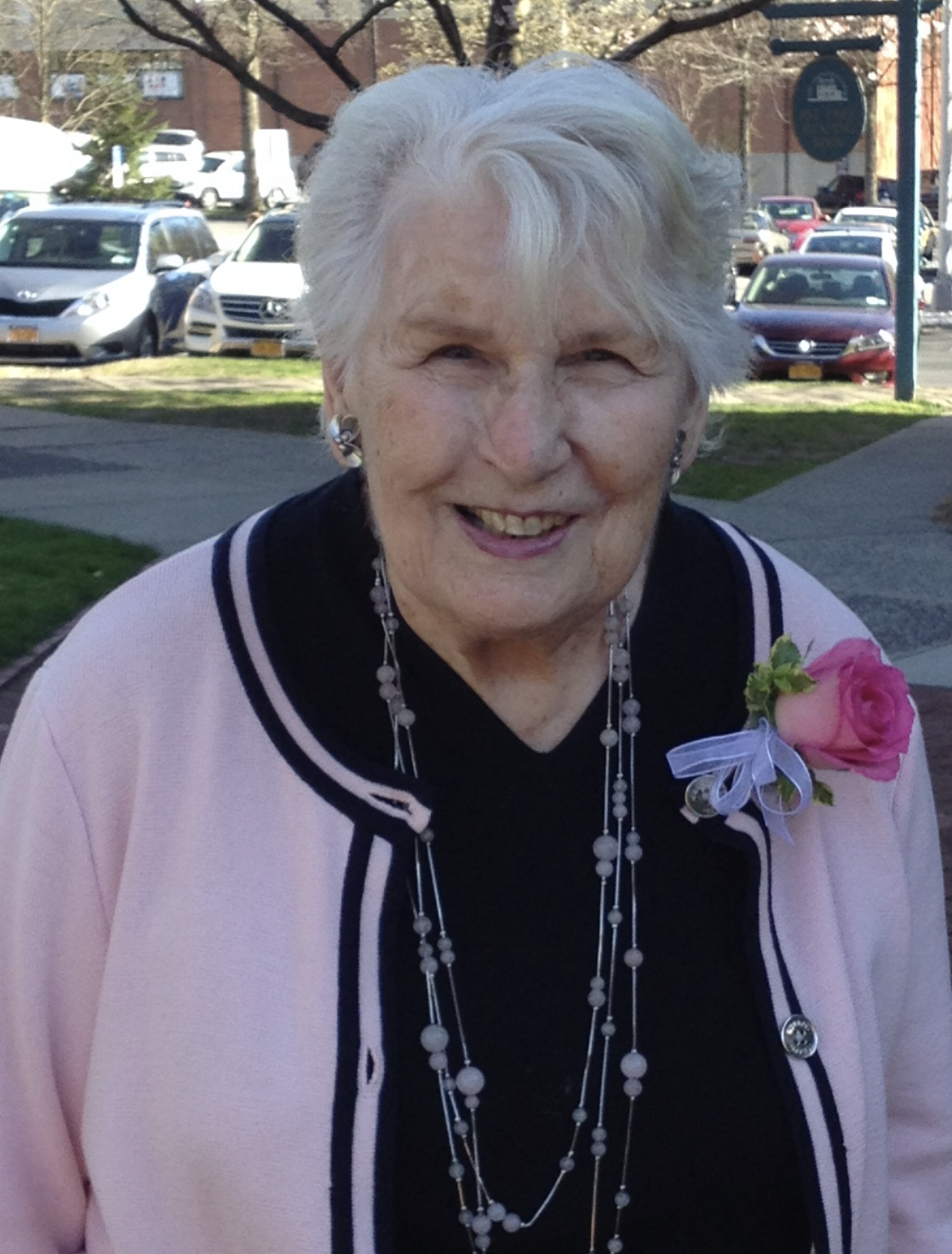 Juliette Clarke Kimberly Eastman died peacefully in her sleep on Thursday, April 2, 2020. She lived 97 years full of gusto, resilience, humor and grace. Born January 30, 1923, in Brooklyn, NY to Ruth Case and Clarke Oler Kimberly, Julie grew up in Manhattan and Rye, New York. She attended the Rye Country Day, Dalton, and Baldwin Schools before graduating from Finch Junior College. She began her career as an Executive Assistant in Manhattan at the “Ladies Home Journal” magazine, one of the premier women’s publications of the day. Following her marriage to John Merritt Eastman, an Advertising Executive, at Manhattan’s Church of the Heavenly Rest on December 11,1954, Julie and John moved back to Rye’s Milton Road to raise their three children. She and her family remained committed members of the Rye community for the 63 years until her passing. The Manursing Island Club was the center of Julie’s life for decades. She loved to play tennis and played well into her 80’s. A talented photographer, she delighted in her Brownie and Kodak Instamatic cameras, and enjoyed sharing her photos of beach and tennis activities. Julie was a longtime member of the Rye Twigg and served as an active member of Christ's Church as a Sunday School Teacher and member of the Altar Guild. She enjoyed many hours out in her garden. In addition to the countless hours she spent supporting her three children through all their school activities as a volunteer at the Midland and Rye High Schools, Julie earned her Real Estate Sales license and worked in retail sales. When her husband John predeceased her in 2000, Juliette relished her many Rye friendships until she moved into the Osborn and began a new life. At the Osborn, she flourished. She nurtured a passion she had long since abandoned— her art—and spent many joyous hours in the Art Studio. Her vivid colored pencil drawings were displayed in numerous shows at the Rye Free Reading Room and at the Osborn, and garnered much acclaim. Ever humble, she giggled when her many enthusiasts offered bids to purchase her work. Had it not been for COVID19, Juliette was well on her way to reaching 100, a goal she was determined to reach. Julie leaves behind three devoted children: Sarah Merritt Eastman (Kevin) of Manhattan and La Jolla, California; Clarke Kimberly Eastman of Rochester, NY; and Mary (Polly) vanLiew Eastman Scott (Jim) of Colorado. She is also survived by twelve grandchildren: Diana Evelyn Eastman, Lucy Eastman Scott, Samuel Lytton Scott, Clarke Merritt Eastman-Pinto, Merritt John Eastman-Pinto, Garrett Hicks Eastman-Pinto, Juliette vanLiew Eastman-Pinto, Cecily Macy Eastman-Pinto, Violette Howland Eastman-Pinto, Haleigh Ruth Eastman-Pinto, Brett Rushmore Eastman-Pinto and Charlotte Case Eastman-Pinto. Her sister, Mary, predeceased her. Julie’s legacy includes many Rye friends. Her commitment to reinvent herself and to adjust to the vast amount of change that took place over the span of her life remains an inspiration to all. Her stories included colorful tales of New York City in the 1920’s, ’30’s, and ‘40s, her acquaintance with Truman Capote, evenings at the Stork Club, and the euphoria in Times Square the day WWII finally ended. She was fond of saying, “I am a late bloomer,” and it was so very true. She was just getting started. The Eastman family wishes to thank Christ’s Church, Rye and the Osborn for their unwavering love and support, and asks that instead of flowers donations be made to the Church. Once public gatherings are again permitted, a service will be held there to celebrate her life and the Rye community that meant so much to her and to the entire family.