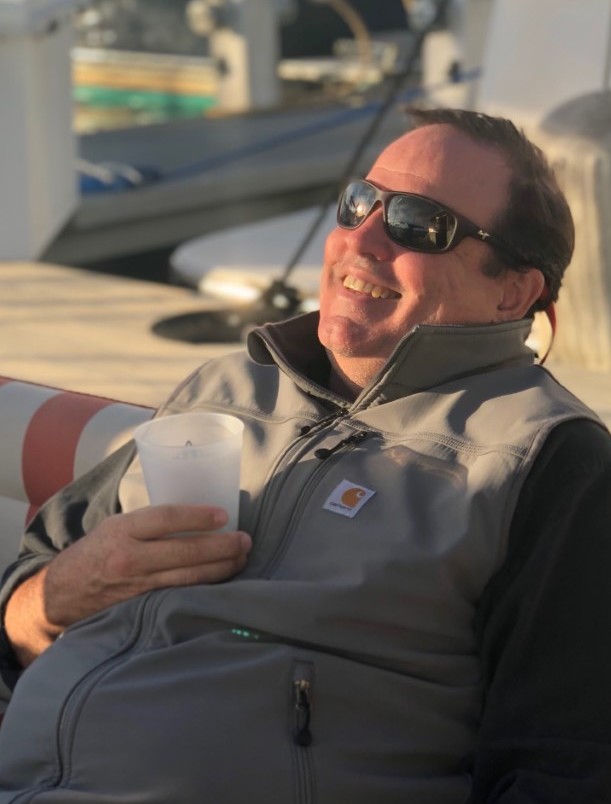 William Andrew Shea, 54, of Rye, NY passed away suddenly on May 20, 2020. He was surrounded by his beloved wife of 26 years, Mimi, their two daughters, Haley and Alexa and their son Teddy. Drew was born in Manhasset, NY and attended Buckley Country Day and Pomfret School. He is the cherished son of Valery Moore of Rye, NY and Bill Shea of New York City, brother of Scott Shea, and uncle of Hatcher Shea of Pasadena, CA. Especially cherished by his Uncle Henry, Aunt Pam, cousins Nick, Oliver and Loren, along with the Anfuso family of Oregon. He was a devoted husband and father, and a friend to all who knew him. Nobody made ‘being happy’ look easier than Drew. He had a twinkle in his eye, a passion in his hugs and a deep belly laugh, interspersed with giggles, when either listening to or telling a story. These qualities were his hallmark and created a legacy of deep and enduring friendships: if you knew him, you were his friend. Drew was an accomplished athlete and he loved to share his passion for hockey, lacrosse, and baseball with his own children along with the hundreds of kids he coached with the Rye Rangers and Rye Little League. Thanks to the coaching of their father, Haley and Alexa became outstanding high school hockey players. Drew was often seen in the front yard with Teddy, helping him develop a breaking ball which Drew would describe as “wicked.” He had a lifelong passion and talent for sailing and sailed competitively for his alma mater, Georgetown, where he earned his BA and JD. Until recently, Drew was the President of Friends of Georgetown Sailing for three years. He instilled this love for sailing in all three of his children who are talented sailors in their own right. He and Mimi ran the esteemed JAYC sailing program for several years at his beloved American Yacht Club, where he was often found making memories with family and friends. Drew embodied the motto, a man for others. His love of sports and his passion for the New York Mets in particular, was insatiable, a seed planted by his paternal grandfather whose efforts brought national league baseball back to New York and culminated in the NY Mets and Shea Stadium. His dimpled smile was never bigger than when he was with his family at a Mets game. Drew’s drive and determination were underpinned by a tremendous intellect and curiosity. In 2015 he co-founded and built Hilltop Private Capital from the ground up, investing in it the same work ethic that had made him successful in all his previous endeavors. You always felt better about yourself and about what tomorrow would bring when you were with Drew. Drew was “one of the great ones.” Drew’s warmth of heart and personality were his gift to all. A friend to so many, a father, a husband, son, brother, uncle, cousin, and nephew to the very lucky ones. A celebration of life will be held in the future. In lieu of flowers, donations can be made to Friends of Georgetown Sailing and Gladney Center for Adoption. Please see online website addresses in the left column. Friends of Georgetown Sailing 3700 O St NW McDonough Arena Georgetown University Athletics Washington, Dc 20057 Gladney Center for Adoption 6300 John Ryan Drive Fort Worth, TX 76132