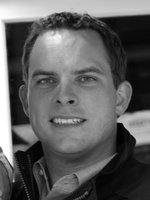 Sean Patrick Dougherty, loving father and friend, passed away at his home in Rye, New York, on August 23, 2020. Born on June 13, 1975 in Leominster, Massachusetts, he was the son of Terrence and Nancy (née Wilson) Dougherty. After graduating from Leominster High School, he went on to University of Massachusetts, Amherst, where he earned a B.A. in History. He moved to New York shortly afterwards, and, over the next 23 years, worked for a number of prominent Wall Street investment firms, including Bear Stearns and Morgan Stanley. He was a founder and partner of Park West Advisors, a successful investment advisory firm. Sean Dougherty loved to travel, run, golf, read works of history and the Wall Street Journal, and spend time with his friends. He was proud of the success he achieved on Wall Street and the friendships he made over the years, but nothing made him feel more accomplished than being the father to his three beloved children, Aidan, Caroline, and Leo. His pride in his children was shared with his friends through frequent photographs of their weekend activities, ski trips, and simple household moments. “Sean was charismatic, had wonderful presence, and made people laugh. He will be greatly missed,” said his family. He was predeceased by his father, Terrence. In addition to his mother and his three children, Aidan, Caroline, and Leo, he is survived by his former wife, Theresa (née Palopoli); his three sisters, Michelle Gardner (Richard) of Gloucester, Va., Maureen Petit (Robert) of Grafton, Mass., and Melanie Dandini of Leominster, Mass.; and several nieces and nephews. Funeral Services will be held on Saturday, August 29, at 10 a.m. at the Church of the Resurrection. The Mass will also be live-streamed (go to the link at www.grahamfuneralhomerye.com.) The family will not be hosting a post-service gathering at this time. Donations may be made to the Parish Outreach Fund at the Church of the Resurrection (https://resrye.churchgiving.com/ParishOutreachAppeal) in his memory.