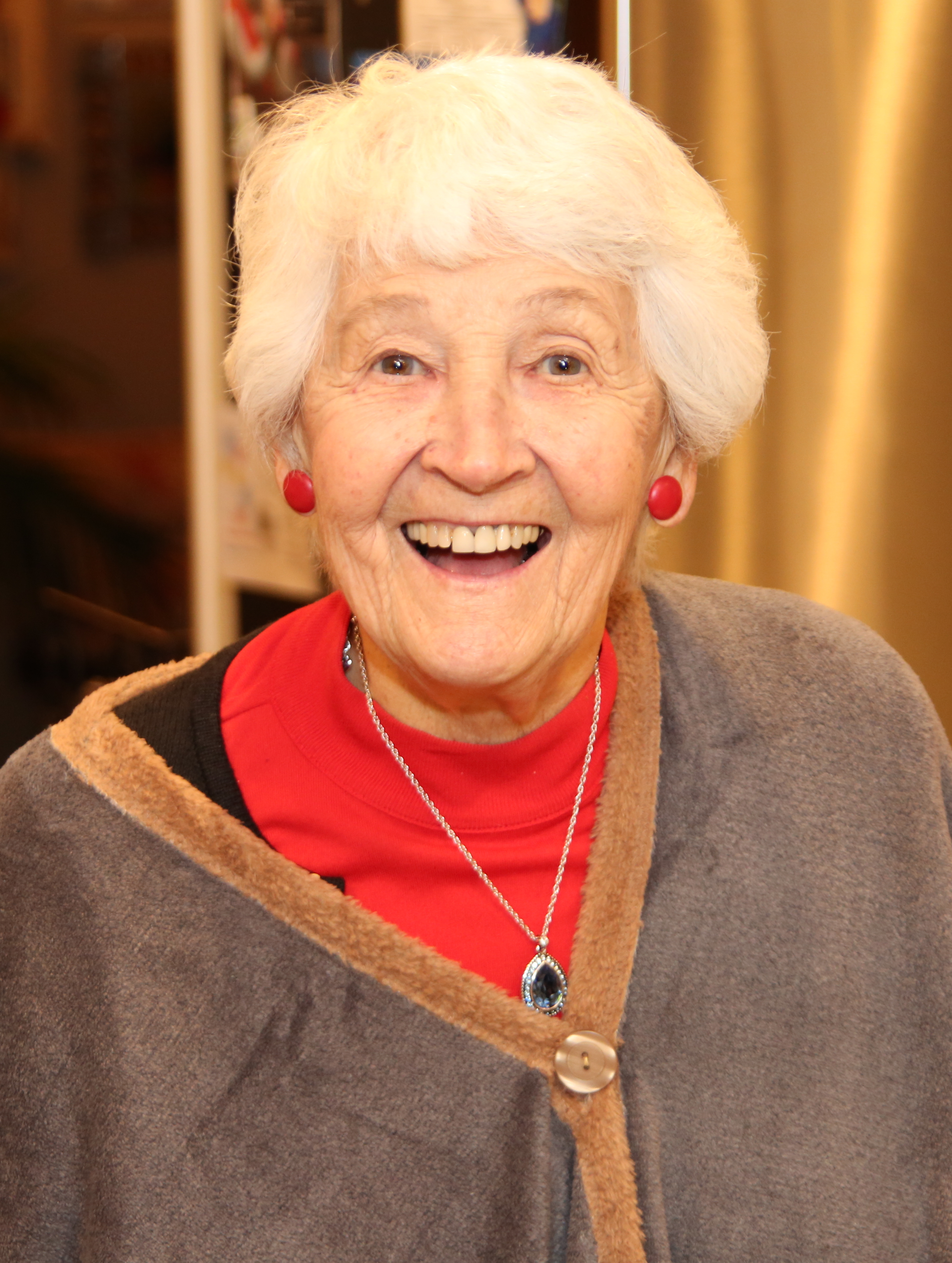 Sadie Mecca, of Port Chester, NY and Becket, MA, passed away peacefully on September 14, 2020. She was born on New Year's Day, 1927 to Angelo and Jennie (Cantalupo) LaBella in Port Chester, and named Vita Crescenza. Sadie graduated from Port Chester High School in 1945 and worked in the offices of the Russell Burdsall & Ward factory. As a bridesmaid at her cousin's wedding, her partner was Daniel Mecca, who was a cousin of the groom. Early on, she knew she wanted a large family, so she found a perfect match in Dan, an only child who longed for a noisy household. They married in May 1949 and he spent the next 65 years affectionately calling her by her given name, Vita Crescenza, which loosely translates as "large life", a fitting description of their life together. As an avid swimmer, Sadie spent summers at Oakland Beach with her young family and in her later years, swimming in the lake across the road from her house in the Berkshires. She was also a musician; initially playing saxophone at Port Chester High School and being voted Class Musician. After raising her children, she took organ lessons and became a church organist, playing well into her 80s. It has been estimated that she played funerals, weddings and sacraments in almost 40 different churches. She was blessed with many lifelong friends, especially her childhood girlfriends who formed "The Club" and met regularly throughout their adult lives. She continued to develop and maintain friendships throughout her life. Sadie is predeceased by her husband Daniel and is survived by her 6 children: John (Linda) Mecca of Gig Harbor, WA; Christopher (Diane) Mecca of Grants Pass, OR; Richard (Adrienne) Mecca of Rye, NY; Rosemary Dellinger (Richard) of Norwalk, CT; Jenny Forman (Robert) of Gastonia, NC; and Daniel (Julie) Mecca of Wappingers Falls, NY; 16 grandchildren and 22 great grandchildren; sister Mary Jane (John) Lagana and 24 nieces and nephews.' Her brothers Paul and Daniel LaBella and sister Catherine (Kay) Calautti predeceased her. A Mass of Christian Burial will be celebrated on Saturday, September 19, 2020 at 10:00 AM at the Church of Our Lady of Sorrows, Mamaroneck Ave., White Plains, NY. The funeral mass will be available via Livestream. Interment will follow the mass at St. Mary's Cemetery in Rye Brook, NY. In lieu of flowers, donations can be made to: The Port Chester High School Band Association c/o Debra Scocchera, 5 Jean Lane, Rye Brook, NY 10573; Friends of Rye Town Park (friendsofrtp.org) or Calvary Hospital (calvaryhospital.org). To view the funeral mass via Live Stream, please click on the link to left or from a smart phone, please scroll down to the Live Stream link. Please note this link is not active until Saturday morning. After the mass the link will remain on our website of 90 days.