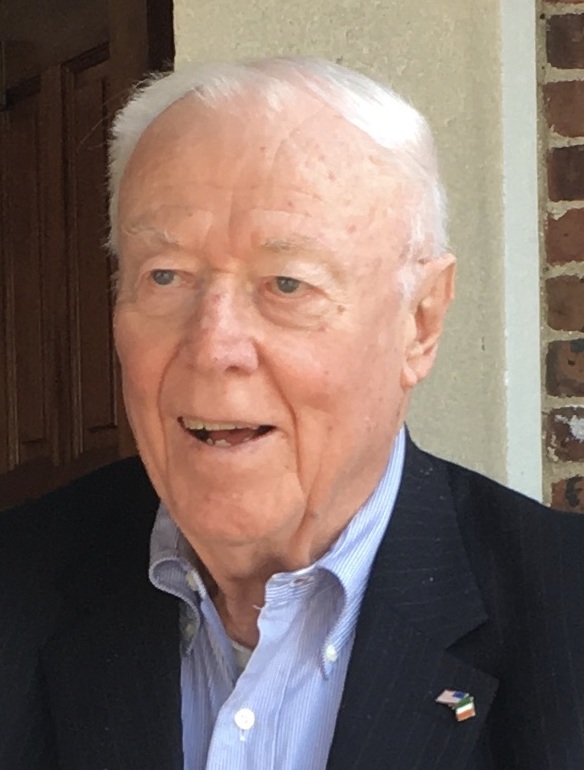 On September 19, 2020, John Joseph Hartigan passed away peacefully at home. He was 86 years old. John “Jack” Hartigan was born on November 8, 1933 to Elizabeth “Bessie” and Stephen Hartigan and was raised on City Island with his sister Catherine. Jack attended St. Mary Star of the Sea School on City Island and was an altar boy at St. Mary Star of the Sea Church as well as at the chapel on Hart Island. After graduating from elementary school, Jack attended Fordham Preparatory School where he swam for the Fordham Prep swim team. After graduating from Fordham Prep, Jack entered the U.S. Coast Guard where he served for four years from 1952 to 1956. He met his wife Irene at the Jersey Shore, and they married in 1959. After his four years in the Coast Guard, Jack join the New York City Police Department and served 36 years in the NYPD achieving the rank of Deputy Chief. He made countless friends throughout his career in the Police Department. He also received a degree in criminal justice from the John Jay College of Criminal Justice while he was on the police force. Jack’s police career included assignments in four of the five boroughs of New York City both in the patrol and detective divisions of the NYPD. Jack was one of the highest-ranking NYPD officers in the Narcotics Joint Task Force comprised of personnel from the NY State Police, the NYPD, and U.S. Drug Enforcement Agency. He also had commanding officer roles in the Manhattan North, Brooklyn North, Bronx, and Patrol Borough Queens divisions. In his retirement, Jack was an active member of the Captain Endowment Association and the Emerald Society of the NYPD. He was instrumental in forming the New York City Police Department’s Emerald Society Bagpipe Band. Jack was an active member of Leonard Hawkins Post 156 American Legion on City Island where he participated in many community events and enjoyed the comradery of the members of the American Legion. Jack was the Judge Advocate at the Legion for many years and in 2019, the members of the American Legion named Jack Judge Advocate Emeritus. Jack was a long time member (since 1973) of the Coveleigh Club in Rye, NY where he enjoyed swimming, tennis, paddle tennis, lawn bowling, and socializing with his family and many friends there. He was also a former member of the Rye Golf Club where he golfed with his buddies. Jack enjoyed traveling to Ireland, Florida, California, and Minnesota, listening to his Irish music, attending games and then watching games on TV of his beloved New York Yankees and New York Giants, and spending time with his children and grandchildren who loved Papa Jack. Jack was preceded in death by Irene, his wife of 56 years, his sister Catherine Walsh, and his parents Bessie and Stephen Hartigan. Jack was a long time resident of Rye, NY where he and Irene raised their family. Jack is survived by his three loving children, Patricia Malmquist (and husband Derek) of Edina, Minnesota; Stephen Hartigan (and wife Carmen) of Pelham Manor, NY; and Lisa Ashton (and husband Pete) of Piedmont, California; and ten grandchildren: Dylan, Garrett, and Liam Malmquist; Kaitlin, Kiely, Madison, and Christopher Hartigan; and Katie, Molly, and Tommy Ashton as well as his brother-in-law Bob Walsh, his sister-in-law Norma Minicus and his brother-in-law Bob Minicus, his niece and nephews, and his many cousins. Jack was loved by many including his children, grandchildren, cousins, in-laws and his many friends. He had many life-long friendships, and his personality and outgoing nature were characteristics that endeared him to many people. He will be dearly missed. Visitation will be held at the Graham Funeral Home at 1036 Boston Post Road in Rye, NY on Friday, September 25, 2020 from 4 pm to 8 pm. A Christian mass and burial will take place at St. Mary Star of the Sea Church at 596 City Island Avenue, City Island, NY on Saturday, September 26, 2020 at 10 am. The mass will be livestreamed for those who are not able to attend in person. To view the mass via livestream, please click on the link to the left. If you are viewing the mass from a smart phone, please click on Jack's obituary page and scroll down to the livestream link. Please note the link is not active until Saturday morning.