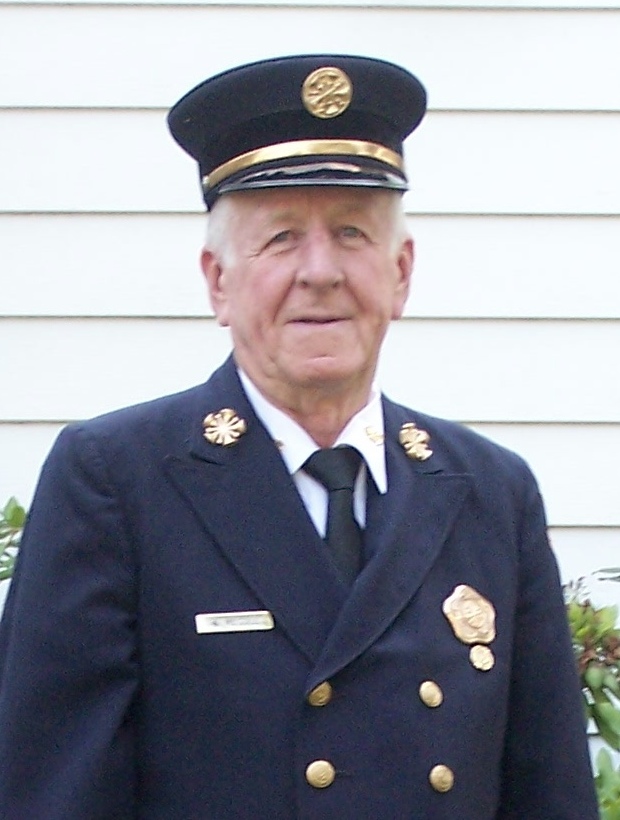 Bill was born in Yonkers, NY to the late Duncan and Margaret McColl on August 11, 1932. He attended Saunders Trade School in Yonkers, NY. He joined the U.S. Navy in 1952, where he served in the Korean War aboard the USS Dealey.

Bill married the love of his life, Alice Joyce in 1960. Shortly after, they moved to Rye and started their family.

Bill worked various jobs in his early years, including working on the railroad before starting with New York Telephone Co, AT&T and PepsiCo Inc. He enjoyed activities such as hunting, golfing, bowling, and softball. He was a hard worker but always found time for family and friends, especially the “Happy Hour Crew” on Friday evenings. This group of dear friends met weekly since the late 80s.

Bill was a proud and dedicated member of the Rye Fire Department from 1964 to present, serving as Fire Chief from 1972-78.

Bill is survived by his son, Scott McColl (Vicki) of Woodstock, GA, his daughter, Sandy McColl (Dennis Karpinski) of Marietta, GA, and his five beloved grandchildren: Taylor (28), Harley (27), Jensen (24), Alice (19), and Aidan (18). He is preceded in death by his wife of 41 years, Alice McColl, his parents, Duncan and Margaret McColl, and his two brothers, John and Duncan McColl.

The family wishes to extend their gratitude to Wellstar Hospice of Marietta, to Graham Funeral Home and Woodstock Funeral Home for handling the funeral arrangements, and to all our friends and family who have supported us from Georgia, New York, and Connecticut.