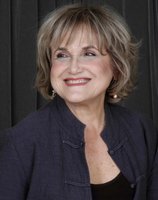 Castaldi -- Marilyn Lee Born January 24, 1945 in Philadelphia, PA and passed away January 5, 2017 from complications of ovarian cancer at White Plains Hospital, New York. A graduate of Syracuse University and New York University Leonard Stern School, Marilyn had an illustrious business career in public relations with organizations including Hill & Knowlton Strategies, Burson-Marsteller, FleishmanHillard and New York Presbyterian/Queens. She was a highly respected and accomplished leader in healthcare communications. Marilyn will be dearly missed by her brother Bob Castaldi and his wife Anna Paglione, her nephew Alex, her cousins Barbara Kohl, Joanne Liddy and Suz-anne Bernabei and second cousin, Theresa Dolge, her partner Philip Hostetter and her many friends. Marilyn's husband of 33 years, Howard Singer died in 2013. Visitation will be held on January 12 at 7 p.m. at Graham Funeral Home in Rye, New York and a memorial service will be held on January 13 at 10 a.m. at the Church of the Resurrection in Rye, New York. In lieu of flowers, contributions can be made to The Eye Bank (www.eyedonation.org ).