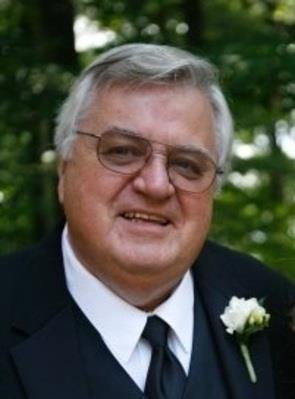 Born on January 13, 1939 to Terence and Bridget McNamara, Jack was born and raised in Queens, New York. He graduated from Bishop Loughlin High School and earned a Bachelors of Engineering from Manhattan College, where he was a devoted member of Phi Kappa Theta. On April 28, 1962, he married Kathryn "Kathy" Anne McCarthy. He lived most of his life in Katonah and Golden's Bridge, and was a partner at Bibbo Associates, a consulting engineering firm. In 2005, he and Kathy retired to Estero, Florida. In 2010, they returned to Westchester to be with their family; later that year, Kathy died after a courageous battle with cancer.

Together, Jack and Kathy were the loving parents of five children and their spouses: Terry and Cyndi McNamara of South Salem, New York; Eileen and Arthur Hanlon of Rye, New York; Sean Liesl McNamara of Yorktown, Virginia; Brian and Dawn McNamara of Lexington, Virginia; and Erin and Jesse Crew of Larchmont, New York. Jack was also the devoted Pop Pop to twelve grandchildren: Kathleen and Brendan (Terry); Kyle, Ryan, and Kelly (Eileen); Maggie, Jack, Danny, Caitlin, and Rachel (Sean); and Keira and Harrison (Erin). In addition to Kathy, his wife of 48 years, he was predeceased by his brother Terence McNamara and his sisters Catherine Murphy, Mary Buchanan, and Frances Hurley.

There will be a memorial Mass for Jack on Saturday at 11 a.m. at the Church of the Resurrection in Rye. He will then be buried at Our Lady of Light Catholic Community in Estero. Jack was an avid fan of sports and music, particularly Irish music and culture. Jack passionately cherished his friends and family, and was always the life of the party, quick with a laugh or a song. He will be deeply missed by those who loved him.

Share Your Memory of
John
Upload Your Memory View All Memories
Be the first to upload a memory!
Share A Memory
Send Flowers