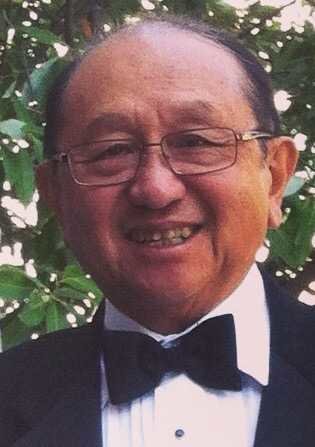 Ed started as a research engineer and had 6 US patents in navigation, guidance and landing systems. He began his legal career at Fried, Frank, Harris, Shriver & Jacobson, became a partner at Hertzog, Calamari & Gleason in 1984 and was a partner at Winston & Strawn LLP from 1999-2009. He was listed in Euromoney’s Guide to the World's Leading Aviation Lawyers for more than 10 years. He was also an avid golfer and tai chi master.

He is survived by his wife Sylvia Fung, two sons: Arthur Chin of Rye and Benjamin Chin and wife Maria Pia Chin of Ossining, NY, one sister Dolores Kung Jacob and his mother-in-law Constance Fung.

The family will receive friends at the Graham Funeral Home, Rye, NY on Friday from 3:30 PM to 8 PM. A Mass of Christian Burial will be celebrated on Saturday at the Church of the Resurrection at 10 AM. Interment to follow at Greenwood Union Cemetery. In lieu of flowers, donations may be made in his memory to: Asian American Law Fund of NY, www.aalfny.aabany.org, Fordham University School of Law, www.fordham.edu/info/20346/school_of_law, or the Lustgarten Foundation, www.lustgarten.org.

Share Your Memory of
Edward
Upload Your Memory View All Memories
Be the first to upload a memory!
Share A Memory
Send Flowers