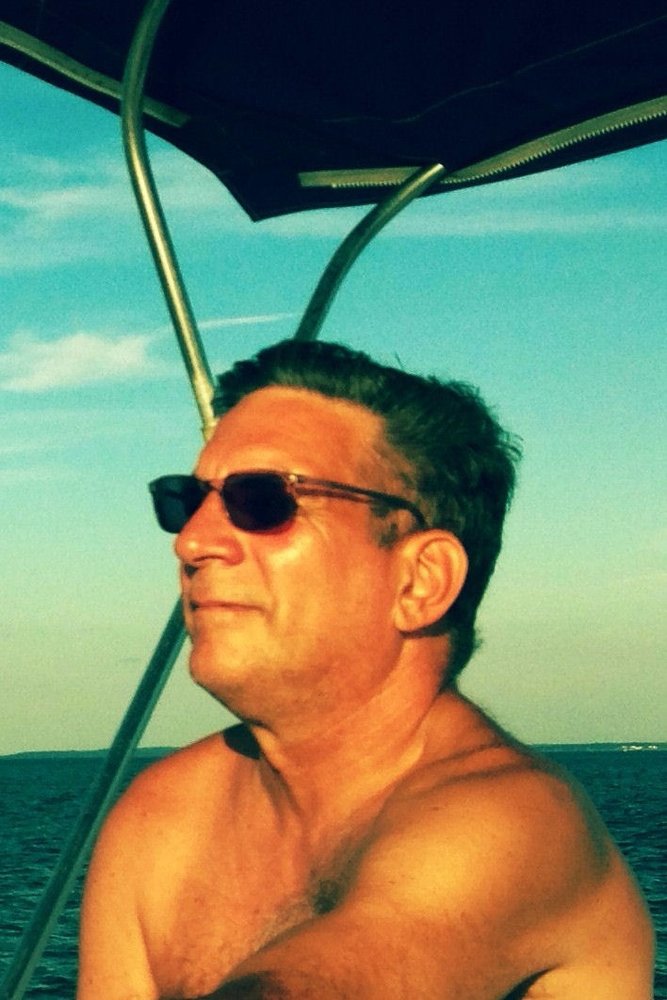 Please share a memory of Robert to include in a keepsake book for family and friends.
View Tribute Book
Robert Michael Rispoli, age 59, died Monday, March 28th. after a courageous battle with brain cancer. A lifelong Rye resident, Bob stands among a rare few who made us better. He just knew how to do the right thing – he was fair – he was professional ­ gave unconditionally and just got it – unfortunate for us his life was too short and there just was never enough of him to go around. Bob will be greatly missed by his wife of 34 years, JoAnn (Fernandes), daughter Jennifer and Nick Crane and son Robert and his fiancé Norma Jeane. He will also be truly missed by his mother, Angelina Rispoli, his mother in­law and father­in­law Joan and Bill Hanssler, his brother­in­law Jeffrey Fernandes and his family, his sister Adrienne Pinto and her family, brother Thomas Rispoli, Jr., and his family and sister Jean O’Neill and her family, his Aunt Ida Lorenzetti, cousin Lisa and many, many Aunts, Uncles, nieces and nephews whose lives he touched. He was pre­deceased by his loving father, Thomas Rispoli, Sr. Bob began in business with a paper route around the streets bordering Playland. He worked into his high school years at Larry’s Market, where he worked with several who remain his close friends. Graduating from Rye High School in 1974, Bob went on to work with James Murray Plumbing and from there he built his own business, as a master plumber, into the well­represented Rispoli Plumbing & Heating, now run by his son. He joined the Rye Fire Department as a volunteer in the early 1980's and also served on the Board of Fire Wardens. He gave his time to the Rye Football Associations, the Boat Basin Commission, the Rye Fish and Game Club and was a member of Christ Church. He had many friends and customers who simply loved him and will miss him dearly. He was a devoted son, exceptional husband, father and awesome brother, uncle and nephew. Bob could have done anything well, he was smart, kind and gave everyone the benefit of the doubt. He wouldn’t tell you what to do, but showed you what to do – so you could learn to do it yourself – he was trusting and encouraging ­ that set him apart. What he also recognized so well, was that working hard and working smart allowed him to spend time with those he loved. He enjoyed many a day on the Long Island Sound and beyond, boating with family and friends. He, JoAnn, Jen and Bobby traveled the world, shared wonderful meals, cheered each other on, swam with the dolphins, dug their feet in the sand and he clearly left a lasting impression. He was special to each of us. In lieu of flowers, please make a donation in Bob’s honor to Accellerated Brain Cancer Cure: http://events.abc2.org/goto/BobRispoli
Thursday
31
March

Share Your Memory of
Robert
Upload Your Memory View All Memories
Be the first to upload a memory!
Share A Memory
Send Flowers
Plant a Tree