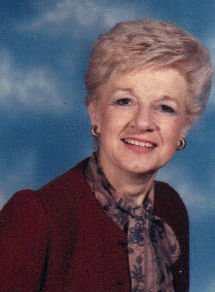 Kathleen Rees Klein, a longtime Rye resident, passed away peacefully on August 9, 2017.  She was born in New York City on December 30, 1930, to Herbert Rees and Marion Gilbert.

Kathleen was a graduate of the Academy of Mt. St. Ursula in Bedford Park. She received her BA in Art from the College of New Rochelle, her MA in Fine Arts & Fine Arts Education from Columbia University, and her PD in Administration, Policy & Urban Education from Fordham University.

While working, she also devoted a great deal of time volunteering for the Ladies of Charity of the Archodiocese of New York at St. Vincent's Hospital in NYC, as Art Director for over forty years designing original brochures, invitations, annual reports, ect., (even designing some of invitations to the Annual Cardinal's Christmas Party), as Chairman of their Annual Communion Breakfast Conference in the Waldorf, Chairman (twice) of their Annual Meeting in the Grand Hyatt, NYC, and also as Vice President (twice) and member of the Board of Directors (twice).  In May of 2010 she was made a charter member of the St. Louise de Marillac Society of the Ladies of Charity.  Locally she served as President of the Rye Council, Ladies of Charity and Chairman of the Westchester Vicariate Spring Conference held at Dunwoodie.  She also served on the Education Committee of Resurrection School in Rye, and was on the Board of the PTO of Midland School, serving as their Title I Parent Committee Chairman.

Mrs. Klein was awarded the Ursula Laurus Citation from the College of New Rochelle for all her volunteer service in the Alumnae Association, and the Certificate of Merit from the NYC Bicentennial Committee for her original design for the Ladies of Charity Bicentennial brochure.

Since retiring in 1987, Mrs. Klein devoted her time to her first love - photography.  Her work has been exhibited throughout Westchester County, where she won many awards.

In 1992 Mrs. Klein was invited to joun the Women's Club of Rye, and has been an activte member ever since.  Her background in art was a natural for co-chairing the Annual Beaux Art Exhibit along with Melanie Ciraco for 22 years.  Monies raised from this exhibit have helped to fund a special Art Scholarship presented annually to a graduatinh Rye High School Senior who will be pursuing the study of Art in higher education. In 2001, both she and Mrs. Ciraco were named honorees of this exhibit.  In addition, Mrs. Klein had served as Co-President, memeber of the Board of Directors, Co-Chairman of the Arts Committee, photographer of the club's activities, and active member of its many committees.  In 2004, she received an award from the Federation of Women's clubs of Westchester for her "enthusiasm for the Beauz Arts" and also from Westchester County presented by the Honorable George Latimer, NYS Senator, for volunteer work in the Woman's Club of Rye.

Mrs. Klein, a parishioner of Resurrection Parish in Rye, is predeceased by her husband William.  She is survived by her sons, William and Dr. John (Marianne Hillerman) and two granddaughters, Maria and Gianna, ten nieces and nephews and fifteen great nieces and nephews.  The family will receive friends at the Graham Funeral Home in Rye, NY on Friday August 11, 2017 from 4:00-8:00 PM.  A Mass of Christian burial will be celebrated at the Church of the Resurrection on Saturday August 12, 2017 at 10:00 AM.  Interment to follow at Gate of Heaven Cemetery in Valhalla, NY.

Share Your Memory of
Kathleen
Upload Your Memory View All Memories
Be the first to upload a memory!
Share A Memory
Send Flowers