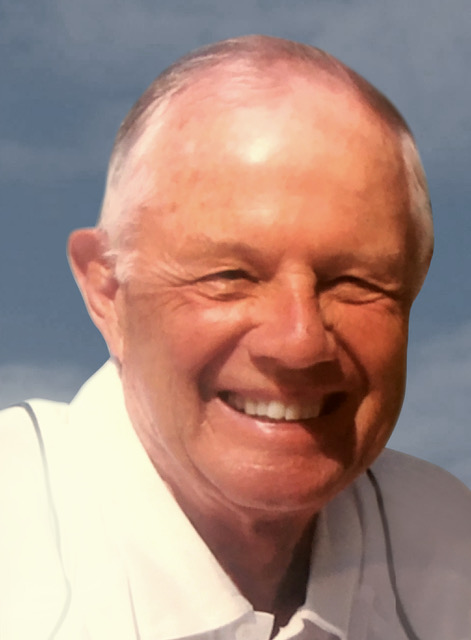 Hugh Lane Middleton, 88, of Rye, New York, passed away peacefully on Sunday, October 1st at his home from complications related to Parkinson’s Disease.

Born in Blakely, Georgia on March, 3, 1929 to Curtis and Una Middleton, Lane spent his life in many places including Georgia, Pensacola, Florida, Morristown, New Jersey, Radford, Virginia, and most recently Rye, NY where he moved with his beloved wife Rosemary to be near to his three children and their families.

Lane married Rosemary Aikin in 1956, and they celebrated their 60th wedding anniversary last year.  Lane was a member of the Kappa Alpha fraternity at Georgia Tech, where he earned a B.S. in the Textile Engineering program in 1952. Prior to that, Lane graduated from Thomasville High in 1946 and served in the US Army in Japan from 1946 to 1948.  Lane then worked for the Textile Division of Monsanto in Florida, until he was transferred to New York City in 1961 at which point he moved his family to Morristown, New Jersey.  Beginning in 1975, Lane held several positions in the textile industry in Virginia and Tennessee, and his family settled in Radford, Virginia where he and Rosemary remained for 40 years.  In Radford, Lane was an active member of Grace Episcopal Church, an avid outdoorsman and enjoyed playing tennis with friends.  After retirement, Lane pursued his passion for oil painting and recently had a show of his work in Rye, NY.

A memorial service will be held on Saturday, October 28th at Christ's Church located at 2 Rectory Street, Rye, NY at 4 o’clock, followed by a reception at The Osborn, 101 Theall Road, Rye, NY.

In lieu of flowers, memorial donations in Lane’s honor may be made to the Fresco Institute for Parkinson’s & Movement Disorders at NYU Langone Medical Center.

Share Your Memory of
Lane
Upload Your Memory View All Memories
Be the first to upload a memory!
Share A Memory
Send Flowers