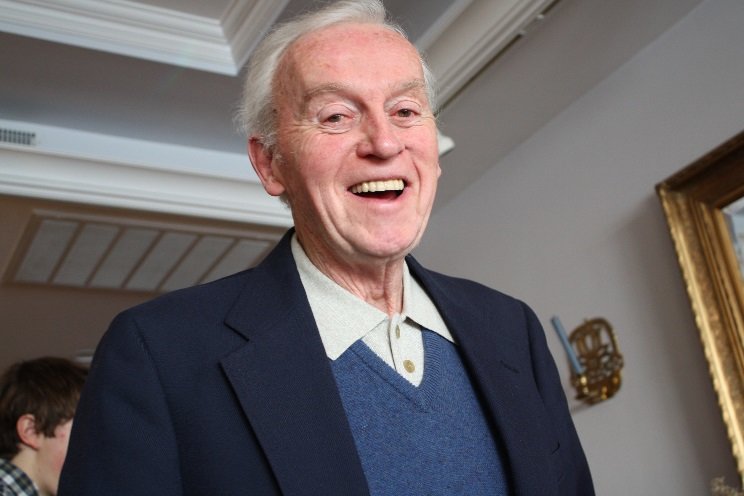 Bradford Ernest Smith died peacefully at The Osborn Pavilion on October 18, 2017 in Rye, NY. He was 89. Mr. Smith was born on September 1, 1928 in Worchester, MA to his parents, Gertrude and Ernest Smith. He grew up in Bayside, Queens and later attended Harvard University from which he graduated in 1949. After graduation, he worked for several newspapers as a reporter until he was called up to serve in the US Army during the Korean War. After serving his country, he went to work for a number of corporations including; CBS, Bell Telephone, Mobil, and the American Institute of Certified Public Accountants. In many of these jobs he worked as a journalist and was responsible for preparation of promotional materials and reports. He also had the opportunity to work behind the camera in preparing various programs for broadcast as both a script writer and director. In 1958, he married Justine (“Tina”) McGann after which they moved to Rye, New York where they resided for over 50 years. He retired in 1986 and dedicated his remaining time to supporting his wife and family. It was then that he began to develop his writing and pursue other avenues of literature. He prided himself on being a voracious reader and critic of the written word.

Mr. Smith was an avid sailor, skier, swimmer, and world traveler. For many years he could be found sailing his Herreshoff “S” Class sailboat, Nereid, in the weekend races on Long Island Sound. For many years he and Tina traveled extensively all over the globe by air and sea to visit many countries in South America, Europe, and the Middle East.

Brad was a kind and inquisitive rebel always searching for the truth. After his wife's passing, he became an active member of the community at Osborn Home in Rye, where he continued to write and develop his passion for playing the piano. Mr. Smith is survived by his brother, Harold Smith, sister, Jeanne Smith, and his sons, Gregory Bradford Smith and daughter-in-law, Jodi, and Martin Rene McGann and daughter-in-law, Lee, as well as five grandchildren. He is preceded in death by his wife, Tina. A memorial for Mr. Smith will be held at Kensico Cemetery in Valhalla, New York on Sunday, November 19, 2017 at noon. All are welcome to attend and celebrate Mr. Smith’s life. In lieu of flowers, please donate to the Rye Arts Center, 51 Milton Road, Rye, New York 10580.

Share Your Memory of
Bradford
Upload Your Memory View All Memories
Be the first to upload a memory!
Share A Memory
Send Flowers