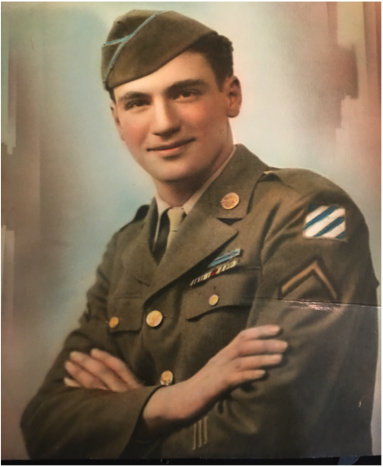 Joseph A. "Joe the Jewler" Paccione

Obituary of Joseph A. Paccione

Joseph A. Paccione a resident of Killingworth Connecticut and a product of the Bronx New York, died peacefully on December 17, 2017.

Born on February 7, 1925, he was the youngest son of Francesco and Rose Paccione and is predeceased by three brothers and three sisters. Joe was raised during the Great Depression and graduated High School in January 1943 at which time he tended to his ailing mother. Joe was drafted and served with distinction in WWII as an infantryman with the Seventh Regiment “Cotton Ballers.” Between 1943 and 1944 Joe fought in five major campaigns in WWII: Anzio, Rome-Arno, Southern France, Rhineland and Ardennes-Alsace (Col Mar Pocket). He received two Purple Hearts and the Bronze Star medal, and the Croix de Guerre (awarded to the Seventh Regiment by the French President). Joe rightly and truly believed, and often said, “after what I went through in the War, every day is gravy to me.” And that is how he lived his life.

After the war, he graduated from the Bulova School of Watchmaking and later opened his first jewelry store. He maintained his jewelry store business for over 35 years, with most of them on White Plains Road in the Wakefield section of the Bronx. He was beloved by all and for generations of customers and their families was known fondly as “Joe the Jeweler” and the unofficial “Mayor of White Plains Road.” He was the storekeeper who shoveled or swept every storefront on his side of the street, helped his neighbors and simply put a smile on everyone’s face.

After he sold the store, Joe retired to Killingworth, Connecticut with Julia, his beloved wife of 60 years. In Connecticut, Joe loved to work outside and tend to his property. He was able to live independently for 6 years in his own home after Julia passed thanks largely to the support and caring of his friends and neighbors who he considered his “adopted” family.

Joe was devoted to his family including his three loving children, Rosemary, Frank and Anthony who survive him. Six grandchildren, Noelle, Robbie, Danielle, Catherine, Emily and Jack with whom he had a special and deep relationship, also survive him.

Joe will be sorely missed by his friends and family, and all who were fortunate to get to know him.

Share Your Memory of
Joseph A.
Upload Your Memory View All Memories
Be the first to upload a memory!
Share A Memory
Send Flowers