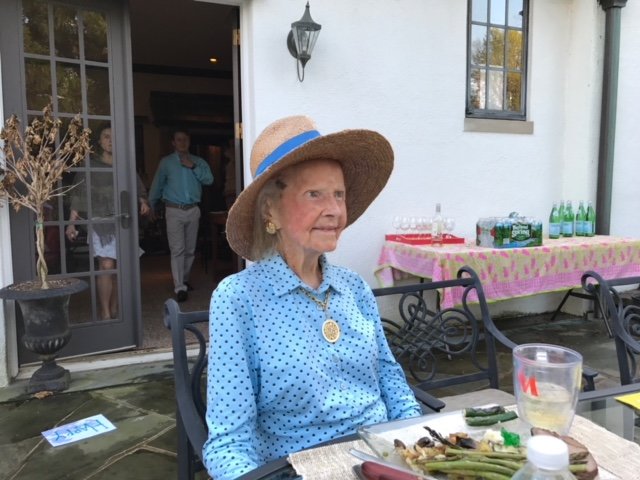 Mary Frances Carey, nee Maguire,and affectionately know as Fifi, passed away peacefully on March 2, 2018. Mrs. Carey was a long time resident of Rye, NY, parishioner of the Church of the Resurrection and member of the Westchester Country Club.

She was born on April 1, 1925 in Jersey City, New Jersey, the eldest of nine children. She was the loving wife of the late J.Paul Carey and is survived by her five daughters, Kathryn Strom (Michael Misisco), Anne Keenan (Brian), Virginia McBride (Mark), Helen McConnell (Mathew) and Barbara Vermylen (Mark), 21 grandchildren and 8 great grandchildren. Also survived by her 2 brothers, Frank Maguire and Paul Maguire and 2 sisters, Kathleen Tierney and Regina McDonald. Visitation will be held on Thursday, March 8 from 4 to 7pm at Graham Funeral Home, 1036 Boston Post Road, Rye NY.

A mass of Christian burial will be celebrated on Friday, March 9 at the Church of the Resurrection in Rye NY at 10am. In lieu of flowers, donations can be made in her memory to the Crohn’s & Colitis Foundation. crohnscolitisfoundation.org/donate

Share Your Memory of
Mary
Upload Your Memory View All Memories
Be the first to upload a memory!
Share A Memory
Send Flowers