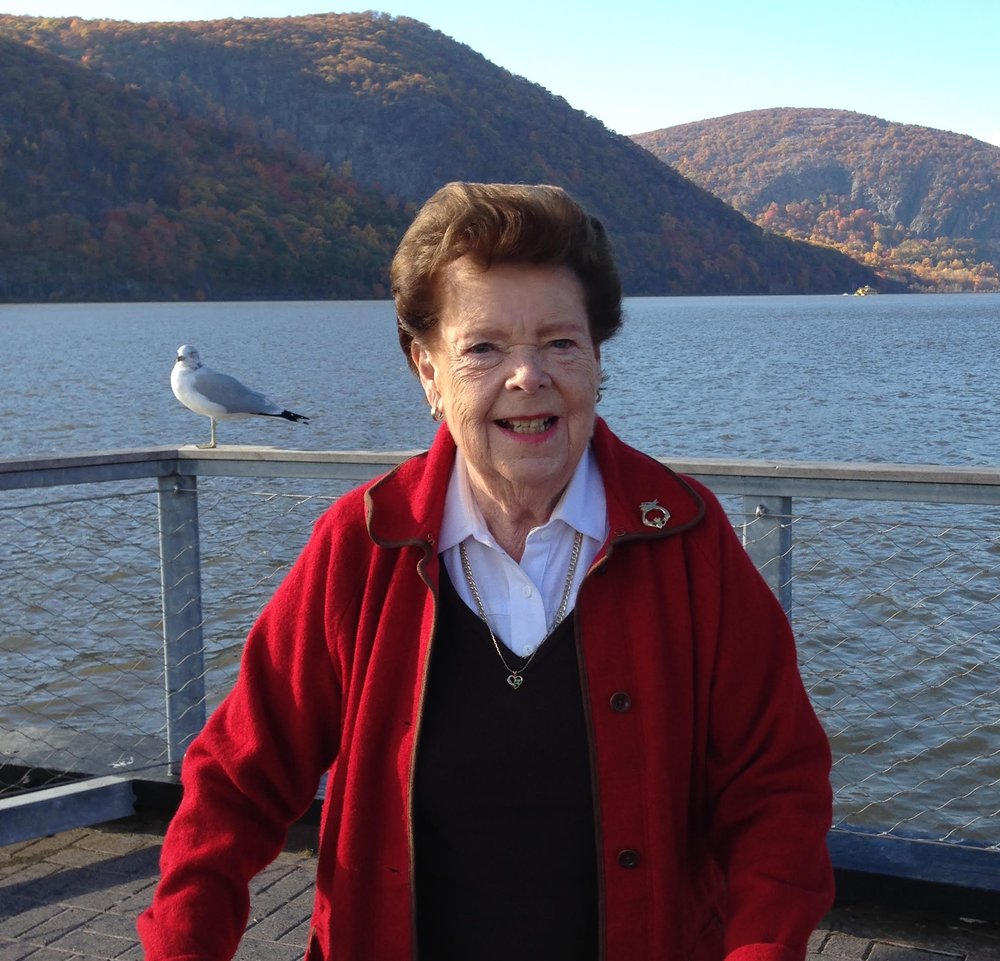 Anne Marie Davis most recently of Mamaroneck, New York, passed away peacefully on March 4, 2018 at the age of 87, surrounded by her loving family. Anne was born December 30, 1930 in New York, New York the daughter of John and Ann (Scott) Hogan. Anne’s father died when she was a small child and growing up in the depression was tough. Her mother did a wonderful job of raising Anne and her brother Jack in Brooklyn, New York. Anne began modeling at an early age to help support the family. She got a scholarship to Bishop McDonnell High School in Brooklyn, NY, then paid her way through Fordham University night school. She was one of the first group of models to sign with the Eileen Ford Agency. Her modeling took her on many exciting adventures. Eileen encouraged her to enter the Miss Rheingold contest and she won in 1952! She got more votes than Eisenhower that year. She gave up her modeling career when she married Robert Blake Davis (Bob), a successful printing executive. They were married in 1956 and remained happily married until his death in 2010.

Anne raised her family in Purchase, NY and spent summers in Quogue, NY. She was a member of The Surf Club of Quogue and Westhampton Country Club, where she enjoyed playing golf and got two “holes in one”. She was also involved in the Twig Organization that volunteered and raised funds for local community hospitals. And was a life long supporter of the Purchase Library.

A mass of Christian burial will be held on Monday, March 12, 2018, 11:00 am, at The Church of the Resurrection, Rye, NY. In Lieu of Flowers, memorial contributions may be made in honor of Anne M. Davis to:

Vista Life Innovations provides services and resources to assist individuals with disabilities achieve personal success. It has been a wonderful organization for Anne’s granddaughter, Casey, who has been involved since 2011.

Share Your Memory of
Anne Marie
Upload Your Memory View All Memories
Be the first to upload a memory!
Share A Memory
Send Flowers