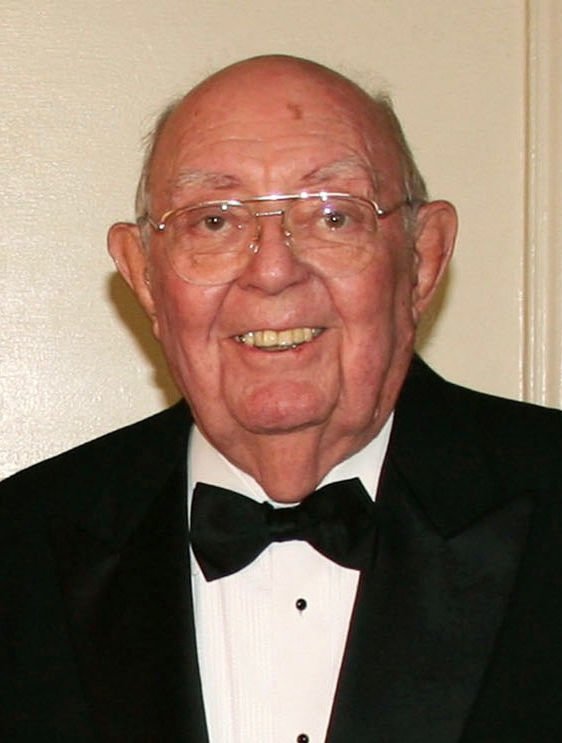 Charlie O’Connor left this life after 95 years. Born to Charles and Sophie O’Connor in New York City on Feb 3, 1923. He grew up in Astoria Queens with his sister, Marjorie. Met and married the first love of his life, Marion Swenson, his high school sweetheart in 1944. They were together until Marion passed in 1996. They had one son, Chuck, who married Kathy and had two children, Megan and Ryan. Charlie loved his grandchildren and was always involved from taking them for “happy meals” to providing job advice as they graduated college. Fate was kind to Charlie and several years after the passing of Marion, he and Annette Cherry, became, as we might call it “an item”. Annette was the second love of his life, and for the past 18 years they were inseparable.

It’s been said that Charlie could fix anything but broken hearts and horse races. He was always there to help family and friends fix everything from a leaky pipe, to a broken furnace, to a flooded carburetor, to a faulty TV. His early education and curiosity set the stage for his ability to fix just about anything, and aid in the development of things that changed the world.

He served in the Army Signal Corp. during WWII contributing to the SIGSALY encryption project, which was the precursor to today’s digital communications which underpins all we say and see on the internet, cellphones, and TV. He had a long career with AT&T and was part of the engineering team that developed the capability for us to dial anywhere on the planet without the assistance of an operator.

Charlie was blessed to have wonderful friends throughout his life, from his family, to those he served and worked alongside, to his neighbors and friends at Coveliegh. Although he is gone, he will never be forgotten.

The family will receive friends at the Graham Funeral Home on Friday April 20, 2018 from 2:30-5:30 PM.  Immediately following the wake a Celebration of Life will be held at the Coveliegh Club in Rye, NY at 6:00 PM.  All are welcome.  A Mass of Christian Burial will be celebrated at Our Lady of Sorrows Church in White Plains, NY on Saturday April 21, 2018 at 10:00 AM.  Interment to follow at Gate of Heaven Cemetery in Hawthorne, NY.

In lieu of flowers we ask that donations be made to the National Multiple Sclerosis Society.

A celebration of Charlie's life will be held at the Coveleigh Club immediately following the wake service on Friday April 20, 2018 at 6:00 PM. All are welcome. Coveleigh Club 459 Stuyvesant Street, Rye, NY 10580

Share Your Memory of
Charles T.
Upload Your Memory View All Memories
Be the first to upload a memory!
Share A Memory
Plant a Tree