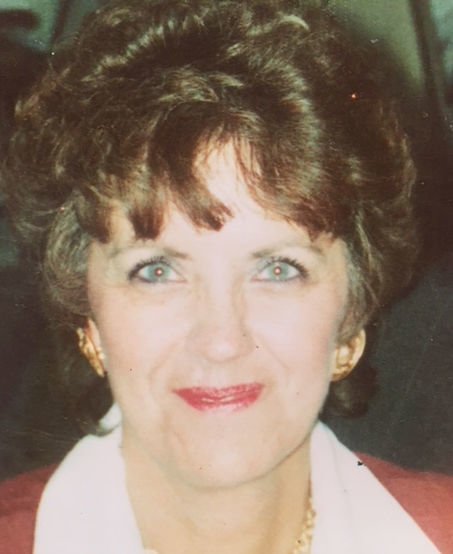 Mary Louise Verni, 79, of Rye, New York, beloved wife, mother, sister, aunt, grandmother and friend, died peacefully in her sleep on Saturday July 28, 2018.  A longtime Westchester resident, she was born in the Bronx and grew up in the Dunwoodie section of Yonkers.  While attending Sacred Heart High School, Mary met the love of her life Vito Verni in 1954.  After graduating high school in 1957, she attended Katherine Gibbs Secretarial school where she was the President of her class. Mary and Vito married on June 24, 1961 at St. John the Baptist Church in Yonkers.  After a brief honeymoon, the Vernis were stationed around the country while Vito was in the Army.  They eventually returned to Yonkers and Mary’s happiest days were being the proud mother of her three sons John, Paul, and Chris.

Mary was full of life with an infectious personality and a great love of people.  She was an active participant in her sons’ education and schools as well as a dedicated volunteer in numerous community organizations and received many honors.  Among the organizations closest to her heart were the Iona Preparatory School, Iona Grammar School, The Paul Verni Fine Arts Center, Dr. Brian Druker and his leukemia research center in Oregon, Sacred Heart High School,  St. Vincent’s Hospital, Highbridge Voices, and the Elizabeth Seton Pediatric Center.  An avid lover of cats, Mary was also a supporter of the New Rochelle Humane Society and Pet Rescue. She was also a member of Westchester Country Club.

Mary was generous to many in need and touched so many people with her kindness.  She was blessed with many friends who enriched her life as she did theirs.  While she struggled with the great loss of her son Paul to leukemia, Mary appreciated how precious life was and constantly reminded friends and family to “treasure the moments”.   In her later years, she treasured her role as a grandmother and was the number one fan for all seven grandchildren, enthusiastically attending every milestone and cheering loudly from the stands.

In addition to her son Paul, Mary is predeceased by her parents Andrew LaSala and Mary Tileston LaSala.  She is survived by her devoted husband of 57 years Vito, sons John and Chris, daughters-in-law Karina and Kate, and seven grandchildren John Jr., Marielle, Paul, Charlie, Zoe, Nick and Alex.  She is also survived by her siblings Stephen LaSala (Joan), Paula Lefebvre (David) and Andrew LaSala (Diane).

In lieu of flowers, donations can be made to the Paul Verni Arts Center at Iona Preparatory School in New Rochelle, NY.

Share Your Memory of
Mary Louise
Upload Your Memory View All Memories
Be the first to upload a memory!
Share A Memory
Send Flowers