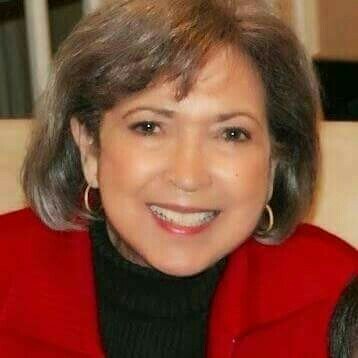 Linda Kay Ferguson Thigpen peacefully passed away on October 21, 2018, after a lengthy illness. She was 73 years old and a resident of Port Chester, NY.

Born in Alexandria, LA on February 25, 1945 to James V. and Juanita Peart Ferguson who preceded her in death. She was also preceded in death by a brother James Ferguson and her son Bryce Thigpen.

She taught English and Social Studies in the various cities and communities she and her husband lived over the years. She also was very active in parent teacher programs in her son’s schools and was president of the PTO.

Linda is survived by her husband of more than fifty years, Barry, her son, Davin Greer Thigpen, her daughter-in-law, Karyl Lin Thigpen and three grandchildren, Reid Lin, Charles Greer and Annabel Jane Thigpen who are residents of Rye, NY. She also is survived by an older brother, Donald Ray Ferguson who resides in Houston, TX.

Arrangements for a Celebration of Life for Linda are pending.

If you so desire, please make a donation in her honor to the American Cancer Association.

Share Your Memory of
Linda
Upload Your Memory View All Memories
Be the first to upload a memory!
Share A Memory
Plant a Tree