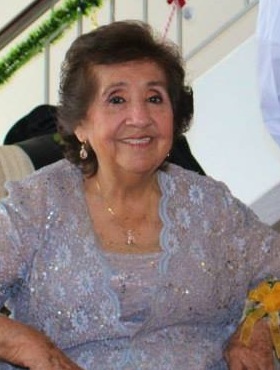 Aida Ricci passed peacefully from this life the morning of June 18th after a gradual decline in health.  She was surrounded and supported by her loving family and caregivers during the last days of her life.

Aida was born on October 23, 1932 in Lima, Peru to Alejandro Cardenas and Mercedes Prieto. Aida emigrated to the United States in 1985 to Rye, NY with her family. She married Victor Raul Ricci and in 1995 they moved into their family home in Port Chester, NY where they have resided ever since.

The family will receive friends at the Graham Funeral Home in Rye, NY on Monday June 24, 2019 from 5:00-9:00 PM.  A Mass of Christian burial will be celebrated at Corpus Christi Church in Port Chester, NY on Tuesday June 25, 2019 at 10:00 AM. Interment to follow at Greenwood Union Cemetery in Rye, NY.

Share Your Memory of
Aida
Upload Your Memory View All Memories
Be the first to upload a memory!
Share A Memory
Send Flowers