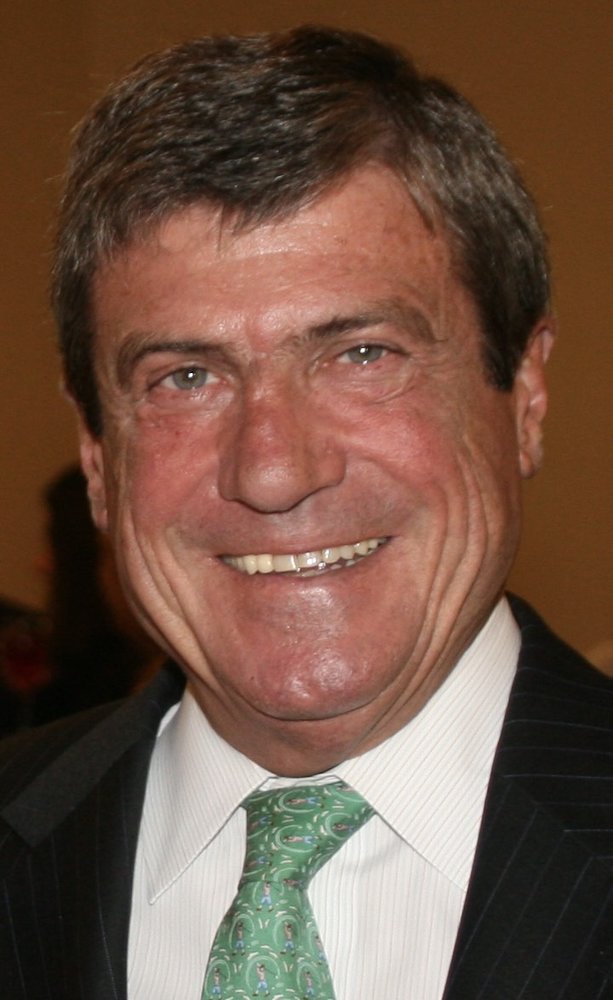 Please share a memory of Frank E. to include in a keepsake book for family and friends.
View Tribute Book
Francis E. (“Frank”) English, Jr., 75, of Rye, New York and Vero Beach, Florida, passed away peacefully on the morning of December 29 surrounded by family at his home in Rye. Frank waged a heroic, three-year fight against lung and pancreatic cancers. He is survived by his loving wife of 51 years, Micaela (Kelly), and his children Frank III, Michael (Nomita), Caroline, Patrick and Catherine, and grandchildren Quinn, Lekha, Charlie and Eleanor; his brothers Jerry (Lorraine) of New Milford, CT; Kevin (Liz) of Fairfield, CT; Mary Dee Merrell (Patrick) of Vero Beach, FL; Elizabeth English of Pelham Manor; and brother-in law, John Noonan, of Hampton Bays, husband to his late sister, Helen Ann, and many nieces and nephews. Frank was born in Detroit, MI to Helen (Ward) and Frank E. English in 1945. Frank grew up in New Rochelle, NY and attended Iona Preparatory School, where he started as quarterback and attained second team All-Met honors. He was awarded an academic scholarship and graduated from the University of Notre Dame in 1967 and attended Columbia Business School. Frank served his beloved country in the US Army as an infantry and intelligence officer. After his military service, he continued his career at Morgan Stanley, initially as an industry-leading auto analyst. He held many senior positions in equity, fixed income and investment banking in New York and Chicago as well as significant business development in China. He retired as a Vice Chairman of the firm after a 35 year career. During his career, Frank enjoyed mentoring and developing young talent in the US and China, tirelessly offering his counsel, support and experience. After retiring from Morgan Stanley, Frank served as a director on the boards of Arthur J. Gallagher & Co., Tower International Inc. and CBOE Holdings, Inc. and a senior advisor to W.W. Grainger, Inc. Frank’s corporate service was rivaled by his commitment to charitable boards and Catholic education; during his life, Frank served on the boards of Iona Prep, Chicago Catholic Charities, St. Vincent’s Hospital and Hales Franciscan High School–a Catholic high school in Chicago’s inner-city. Frank had a special love for Notre Dame, where he held season football tickets for several decades, and endowed a scholarship to ensure that students of all socio-economic backgrounds could attend the university. Frank’s successful business career was surpassed by his gregarious and friendly nature that touched many lives with his support, kindness, wisdom and generosity. His ready smile, warm personality and thoughtful advice will be remembered by all with whom he came into contact. A Funeral Mass will be celebrated at the Church of the Resurrection in Rye New York on Saturday January 2, 2020 at 11:00 AM. The Mass will be live streamed for those who cannot attend in person. Interment will follow at Greenwood Union Cemetery in Rye. To view the livestream Mass, please click on the link to the left. From a smart phone, please scroll down to the link.
Saturday
2
January

Share Your Memory of
Frank E.
Upload Your Memory View All Memories
Be the first to upload a memory!
Share A Memory
Send Flowers
Plant a Tree