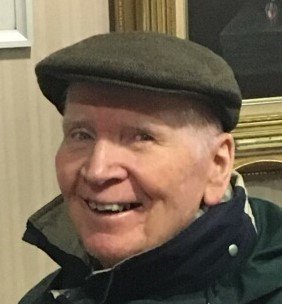 Please share a memory of Br. Patrick to include in a keepsake book for family and friends.
View Tribute Book
Brother Patrick Nicholas Morris C.F.C. passed away on January 29, 2021 at the age of 81. Br. Morris was born on July 22, 1939 in the Bronx, NY, the son of Nicholas and Beatrice Murphy Morris. After graduating from Cardinal Hayes High School in the Bronx, NY, he went on to Iona College where he received a BS in Biology/Chemistry, the University of Detroit earning his MA in Religious Studies and graduating from Australia Catholic University with his Master’s in Education.   Brother Morris entered the Congregation of Christian Brothers on July 1, 1957, professing his final vows on June 27, 1965. His ministry took him to several schools including, Br. Rice High School Birmingham, MI, Bergen Catholic High School, New Jersey, Leo High School in Chicago where he served as Superior of the Brothers' Community, Damien Memorial High School in Honolulu, HI, and Essex Catholic High School, New Jersey. Br. Morris also served as Director of the Passover International Renewal Program, and was the Marcantonio Colonna Community Leader in Rome, Italy.  Br. Morris was twice the Province Leader of the Christian Brothers Br. Rice Province, the Western Province of the Brothers, and Deputy Province Leader of the recently formed Edmund Rice Christian Brothers, North America.  Since 2006 Brother has been a resident of St. Joseph’s in New Rochelle.    Br. Morris was predeceased by his parents Nicholas and Beatrice, and siblings John Morris, Rev. Patrick Morris OFM, and Nicholas Morris.  He survived by his sister Beatrice Casey.   A Mass of Christian Burial will be celebrated at Holy Family Church, New Rochelle, NY on Thursday February 4, 2021 at 10:30 AM.   Interment will be at the Christian Brothers’ Cemetery in West Park, NY. In lieu of flowers donations may be made in Brother Morris’s memory to St. Joseph’s Residence, 30 Montgomery Circle, New Rochelle, NY 10804. Online condolences can be made at www.grahamfuneralhomerye.com.
Thursday
4
February

Share Your Memory of
Br. Patrick
Upload Your Memory View All Memories
Be the first to upload a memory!
Share A Memory
Send Flowers
Plant a Tree