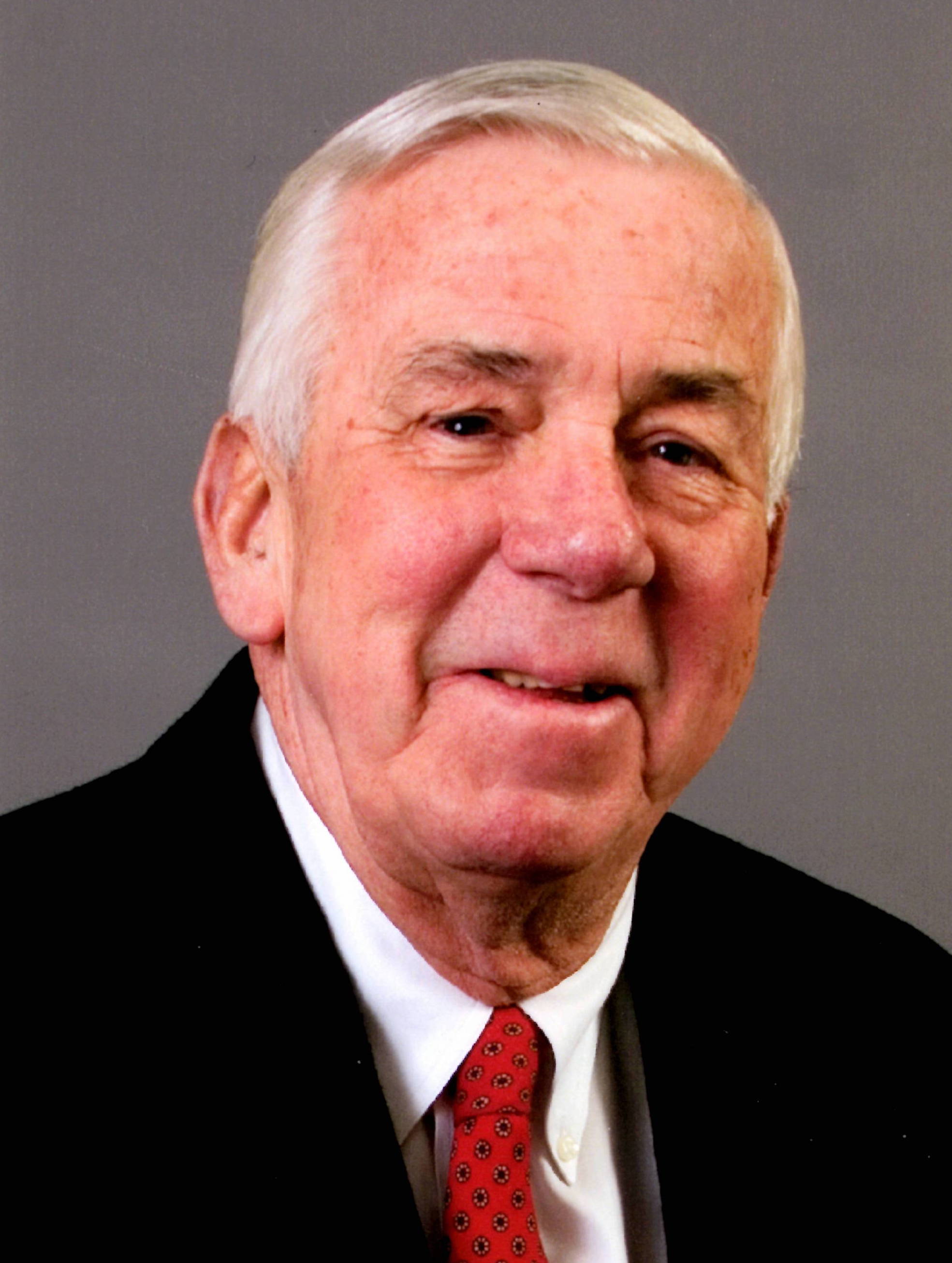 Please share a memory of Tony to include in a keepsake book for family and friends.
View Tribute Book
R. A. “Tony” O’Callaghan passed away peacefully in his home on Tuesday, February 9th with his family by his side. Tony was born March 14, 1935 to Harold & Julia O’Callaghan. The middle child between his older brother Harold Augustus and younger sister Diane O’Callaghan Nelson. He met the love of his life and wife of 63 years, Mary Elinor (Allen) when they were just 12 years old. Their first “date” was at Walter’s Hot Dog Stand on Palmer Ave. across from Mamaroneck School, which they attended together. Tony attended Duke University where he played Varsity Tennis and graduated from Columbia University with a degree in Civil Engineering. He joined his father, Harold, shortly after graduation at the company his dad had founded, Universal Builders Supply or UBS as it was known to the family. Alongside his brother Harold “H”, UBS earned a worldwide reputation for excellence on high-profile projects such as the Statue of Liberty, Washington Monument, Grand Central Terminal, Jefferson Memorial, Madison Square Garden and Yankee Stadium as well as significant work throughout Europe and the Middle East. Tony retired as Chairman of UBS in 2010. After his retirement he & Mary El continued to dedicate their time and financial resources to multiple charities that are too many to mention. He is survived by his beloved wife Mary El and his five sons Tony (Patti) CH: Tony, Julie O’C Wright (Mark) & Bonnie; Kevin (Meg) CH: Kelly O’C LeGaye (AJ), Patrick & Jack (Vanessa); Chris (Caroline) CH: Annie O’C Misisco (Matt), Kerry, Claire & Ellie; Scott (Beth) CH: Erin O’C Kennedy (Matt) Lindsay & Conor and youngest son Craig (Sandy) CH: Gus. In addition to his 14 grandchildren, he is survived by 4 great grandchildren and countless nieces and nephews. He adored us all! What was always most apparent to his sons while growing up was their Dad’s love and respect for his wife Mary El. He was always clear about how important it was that all of the boys stand when their Mom came to the dinner table, pull out her chair and thank her for the meal they were about to share. The love and respect Tony always showed Mary El was the basis for the lessons he taught all his boys, to respect and cherish family and friends. By the way, the boys all still stand when their own wives and daughters come to the table and have imparted the same lessons to their sons. Thanks Dad! The Funeral will be Private for Immediate Family Only. The service on February 12th at 10:00 AM will be Live Streamed. To view the funeral mass please click on the link to the left or from a smart phone please scroll down to the link. Online condolences can be made on Tony's Tribute wall. In lieu of flowers, donations may be made to Calvary Hospice at Home or Saint Vincent’s Hospital Westchester. Direct links can be found in the left column.

Share Your Memory of
Tony
Upload Your Memory View All Memories
Be the first to upload a memory!
Share A Memory
Plant a Tree