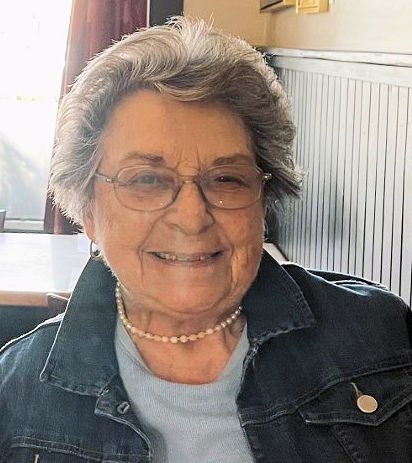 Please share a memory of Rosina to include in a keepsake book for family and friends.
View Tribute Book

Rosina “Tina” Minniti Izzo passed away peacefully while surrounded by her loving family at Greenwich Hospital on March 26, 2021, days after celebrating her 91st birthday. A lifelong resident of Rye, Tina was born in Port Chester on March 23, 1930, the daughter of Joseph F. and Santa (Surace) Minniti. As the eldest daughter in a family of ten children, Tina helped raise her younger siblings, learning at an early age the rewards of caring for others. She attended Milton School and was a graduate of Rye High School Class of 1948 where she was a Varsity Cheerleader. She then attended and earned a degree from Berkeley College in White Plains. Tina spent many years as both a homemaker and working mother, employed as an office manager for several brokerage firms in the Rye area and later as an assistant to her brother Joe Minniti in his law practice. She was a lifelong Yankee fan and avid golfer. Tina took great joy in preparing traditional Italian dishes and was happiest when surrounded by family, sharing a meal and a bottle (or two) of wine around the dining room table.

Tina met the love of her life Michael J. Izzo while they were both employed by the Rye Trust Company on Purchase Street. They were married in 1954 and raised three children. They loved playing golf at Rye Golf Club in the summer and Heritage Ridge in Hobe Sound, Florida, where they spent their winters after Mike retired. Tina and Mike were married for 52 years until his death in 2006. Tina will be greatly missed by her three loving children, Cynthia Gazouleas (John) of Sugar Land, Texas, Michael Izzo and Richard Izzo of Rye, and her cherished grandchildren Stephen Gazouleas, Michael Gazouleas, Madeleine Izzo, Sophia Izzo, and Nicolas Izzo. Tina was predeceased by her brothers Dom, Joe, and Fred Minniti and her sisters Polly Mertz and Norma Chiarappa. She is survived by her sisters Marcia Greenbaum, Patricia Grubbs, and Joanne Minniti, and numerous nieces and nephews who all adored Aunt Tina.

Funeral and burial services will be private. Memorial contributions in her name may be made to the Autism Society of America.

Share Your Memory of
Rosina
Upload Your Memory View All Memories
Be the first to upload a memory!
Share A Memory
Plant a Tree