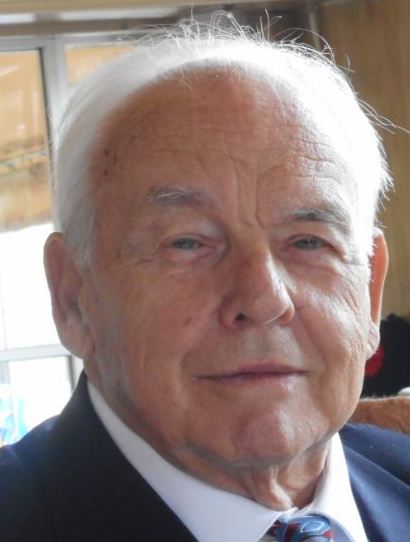 Mr. Ferris was born July 20, 1934 in Port Chester, NY to Andrew and Grace Ferris. He attended Rye High School and was a graduate of the class of 1953.

He is survived by his loving wife of 59 years, Mary Teresa, whom he met by chance at a Knights of Columbus dance in Greenwich, CT. His son, William P. Ferris, of Wesley Chapel, FL. His daughter, Margaret Mary Kisala, and her husband, Thomas Kisala. His older brother, Andrew (Gump) Ferris, predeceased him.

He grew up in Milton Point where he learned to how to build boats and sail with his father – a professional captain. He passed this love of sailing to his son.

At the young age of 21, he proudly built his family home in Rye.

While earning a Bachelors Degree from Iona College at night, he served his community as a Police Officer in the City of Rye and received the Macy Award for rescuing people from a burning home. He was an avid volunteer as a Rye Little League and Softball coach, and the Rye Conservation Society. He was also a 3rd degree knight with the Knight of Columbus for over 50 years.

His love for cars came from his brother Gump, who was an avid racer. Combining his daughter’s sense of adventure would find him copiloting trips to far away locations – usually Maine or Rhode Island, and even Texas once.

He retired the New York State Court System as a Senior Court Clerk with the Supreme and County Courts in1990. He moved to Wesley Chapel, Florida in 2005 and enjoyed travelling with his wife, painting, writing poetry and spending time with his Chihuahua, Lou.

He was a devout parishioner of Church of the Resurrection, Rye, NY and Saint Anthony of Padua, San Antonio, FL.

A Mass of Christian burial will be celebrated at the Church of the Resurrection on Thursday, April 15, 2021 at 10:00 AM.  The Mass will be livestreamed for those who are unable to attend in person.  To view the livestream, please click here.  Interment to follow at Greenwood Union Cemetery in Rye, NY.