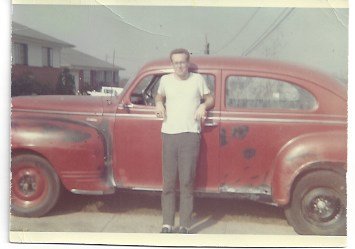 Please share a memory of Charles to include in a keepsake book for family and friends.
View Tribute Book

Charlie was born in 1946 in NYC. He spent most of his childhood on Long Island, graduating from Walt Whitman High School in Huntington New York. He went on to St. John’s University to receive his BA, after which he enlisted in the United States Marine Corps and proudly attained the rank of Sergeant while serving in Vietnam. Upon his return to the States he received his Masters degree from New York University, a certification to teach Industrial Arts from SUNY Oswego and certification to teach Art from the College of New Rochelle.

Charlie married his wife Liz in 1973 and they moved to Rye in 1974 and had two children, Sarah and Andrew. Charlie taught at Rye High School from 1974 until his retirement 2007. He loved his job, the students and his colleagues. Charlie treated every day as a gift to be opened and enjoyed. He touched the lives of countless students and their parents. His enthusiasm for teaching was evident in the time he spent at the school, always early to arrive and late to leave. Charlie was also involved in the community of Rye. He served on the board of the YMCA, was a member of the Friends of Rye Town Park, was instrumental in the installation of the duck feeding machine in Rye Town Park, a member of the Port Chester VFW, was involved with Boy Scout troop 2 when his son was a Boy Scout, an active member of the Rye Storytellers at the Rye Free Reading Room. Charlie always said that there were not enough hours in the day for all he wanted to accomplish, but he gave it his best effort.

Charlie was one of the happiest people on this planet and his retirement was the icing on the cake because it opened a whole new chapter in his life - and he went back to school, this time on the other side of the desk. He attended classes to obtain a Master Gardener Certification, as well as an Advanced Certification. He never gave up on his love of building things. All you had to do was mention a project and down he went to his workshop in the basement and an hour or two later you had not one, not two, but probably three of whatever you had mentioned - he was that kind of guy. To Charlie there was nothing more important than time spent with his family, especially the three granddaughters - they were the light of his life. Telling jokes, helping them build bird houses, doing Suduko puzzles, playing cards anything they wanted to do was what he could be found doing. He often said that what he wished for in his life was that he would get to dance at their weddings.

Charlie is survived by his wife Liz of Rye, his daughter Sarah and his son-in-law Steve Hamilton of Garnerville, his son Andrew and his daughter-in-law Bryn of North Salem and his beloved granddaughters Mirabelle Teddy, Hazel Page and Juniper Bee, all of whom are full of amazing memories of a man who lived a charmed life and shared it with all of them.

Please remember to tell your family and friends you love them, and tell them every day. Charlie was a lifelong blood donor and we encourage everyone to make a donation of life in his name. In lieu of flowers the family would appreciate a donation in honor of Charlie be made to the Friends of Rye Town Park, P.O.Box 345 Rye, NY 10580 or Friends of RTP.org.

A celebration of Charlie’s wonderful life will be planned in the future.

Share Your Memory of
Charles
Upload Your Memory View All Memories
Be the first to upload a memory!
Share A Memory
Plant a Tree