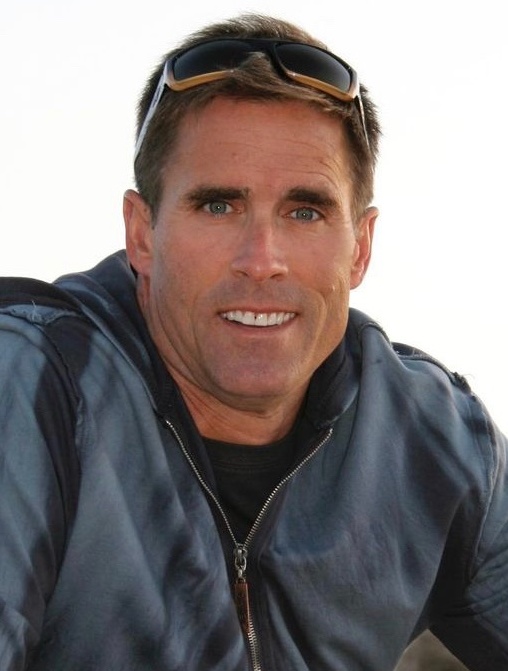 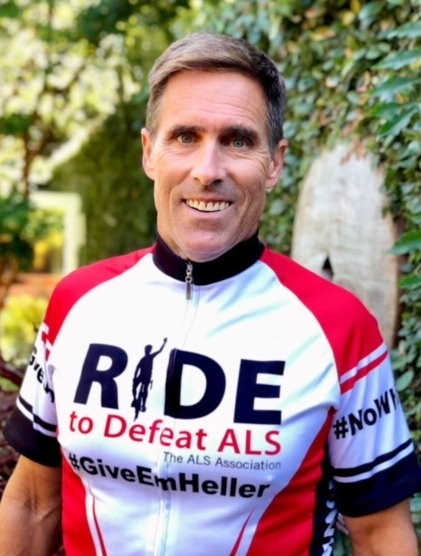 Please share a memory of Kevin to include in a keepsake book for family and friends.
View Tribute Book

Kevin Patrick Heller was born April 4,1961, in White Plains, New York, the loving son of David and Theresa Heller.  Kevin is survived by his wife Lesley and his two children, Lauren and Michael in Menlo Park, CA, his mother, Terry Heller of Rye, NY, his brother David (wife, Sandra) Heller of Naugatuck,CT, his brother John (wife, Tracy)Heller of College Grove, TN, his sister Carol Ann Redfield (husband, Ron Meredith) of Holly Springs, NC and his sister Kate (husband, Art) Tiedemann who still resides in Rye, NY and too many nieces and nephews to mention by name.

Kevin was the second of five Heller children and he started a brilliant swimming career at Rye YMCA. Growing up in Rye, New York meant spending his summers swimming at Rye Golf Club, delivering newspapers with his brothers, working at Butler Brothers and lifeguarding at Orienta Beach Club. Kevin attended Resurrection Grammar School and graduated from Archbishop Stepinac High School where, besides being inducted into the National Honor Society, he excelled in swimming, football, and baseball. He also was the first choice as a date to many a debutante ball. Due to his excellent preparatory work and his swimming prowess, Kevin received Richard Ottinger’s Congressional appointment and joined the Class of 1983 at West Point. Kevin declined a full scholarship to Villanova and accepted the challenge to swim as a member of the Army team and serve his country. Kevin was an outstanding swimmer all four years and he rose to the rank of Cadet Captain and was a battalion executive officer. Kevin’s decision to attend the military academy started a family legacy of military service that will be continued this summer when his son, Michael reports to the US Naval Academy as a member of the class of 2025.

To all who knew him, Kevin was bold, gregarious and outgoing.  His classmates wrote in his memorial article, “It did not hurt our chances when your wingman looked like a GQ cover”. Kevin was a guy who loved out loud with the speakers turned up to 10.  He was a larger-than-life kind of person who treated everyone in the same positive and accepting way.  What you saw is what you got with Kevin and it was all good. Kevin had a big heart and even as a kid he was the one who would bring home an injured bird or squirrel, nurse it to health or cry himself to sleep when the animal died.

Nearly every classmate at West Point, childhood friends from Rye Golf Club swim team and all the members of his community in California echoed the same sentiment “I am a better person for having known Kevin.”  His West Point classmate, Rex Adams, perfectly summed up our feelings, “Every time I saw Kevin at a reunion, not having spoken to him in the last five years, Kevin always treated me like I was his long, lost best friend at West Point. The Bible says, “Truly, whatever you did for one of the least of your brothers and sisters, you did for me.

It was no secret where Kevin got his motivation and his drive, his parents.  Everyone remembers Mr. and Mrs. Heller, for always having an open door, plenty of food, football tailgates, and there was never a dull weekend at their house surrounded by the warmth of their love.  Kevin’s roommate from West Point, Mark Ayers’ story typifies the Heller’s generosity.  “My most cherished memories of Kevin are the times we spent at his home in Rye, NY with his family during our cadet years. As a kid whose dad was in the Army, my family was spread across the country, so spending weekends with Kevin and his family is what got me through West Point.”

Kevin branched Armor when he graduated from West Point, and, after a short stint as a swim coach at the West Point Prep School, was initially assigned in 1984 to the 5/32 Armor Brigade at Fort Stewart, Georgia followed by Headquarters Victory Brigade at Hunter Army Airfield in Savannah, Georgia. In 1988 Kevin left the Army and started a stellar sales career with various companies: Nalco Chemical, Baxter Healthcare, Vignette, Greenplum, Oracle, and Looker. He was a salesman from birth and achieved great success in his chosen career. It was his sales career and the woman that he would eventually marry that brought him out to California.

Kevin married the love of his life Lesley Ann Smith of Cincinnati, Ohio on September 12, 1998, and as anyone who knew them would expect, the Hellers quickly became active members of their church and the Menlo Park, California community.  Kevin did not spend much time sleeping but he spent tons of time coaching his children in their various sports, coaching a master’s swim team and training for triathlons. Kevin’s and Lesley’s daughter, Lauren, plays volleyball at California Lutheran University where she is a junior majoring in Communications. Their son Michael is a also a gifted athlete like his father and he will be playing water polo at the United States Naval Academy.

In February 2019 Kevin had a difficult time keeping water out of his nose when swimming. As a lifelong swimmer this was an indicator that something was wrong, and Kevin began the process of trying to diagnose the cause of the problem. Regrettably, in July 2019 he was diagnosed with ALS, more commonly known as Lou Gehrig’s Disease.  As with every challenge, Kevin faced it head-on. Kevin started Team #GiveEmHeller and raised the most funds in the 15-year history of the Napa Valley Ride to Defeat ALS. Kevin was a part of the fabric of the community in Menlo Park, CA just like his parents had been in Rye, NY and that community rallied around Kevin, Lesley, Lauren and Michael.

Kevin was diagnosed while he simultaneously got the news that the company he had helped start, Looker, had been purchased by Google. It was a dream come true and a nightmare that no one should have to face. Of course, none of this phased Kevin and he lived life large right up until his last fighting breath. Kevin worked at his company until the day he died, and he was still the number one salesman for his company for 2020 even though he could not walk, talk or even move for four months of the year. Kevin was an avid cyclist, and his Army of supporters in California found a three-wheel bike and then a two-person tandem bike so that Kevin could go on bike rides for as long as possible and he went on his last ride with his brothers on Thanksgiving weekend in November 2020.

From the moment he was diagnosed Kevin never thought about himself, he focused on fundraising to find a cure and he became an advocate for spreading awareness about the disease. He was shocked to discover that if you are a veteran, you have a 50 percent greater chance of being diagnosed with ALS. He told his masters swim group that it is a disease that attacks Athletes/Leaders and Service members and we need to find a cure because there is currently no cure. Kevin also was thankful for ALS because as he said in his own words before the 2019 Napa Valley Ride to Defeat ALS, “The blessing about having ALS is the outpouring of support from a community of people, your family, your friends, your coworkers, it is amazing!!!!” What a great example to leave this world with dignity helping others with their battle to defeat ALS. Kevin received the highest honor from the ALS Association in January 2021 when he was presented with the National Hero Award. His wife Lesley received the award in his honor, and you can watch the unbelievable tribute video to Kevin at the embedded link: ALS Hero Award

Kevin made the most of his 18 months following his diagnosis by traveling to football games, family weddings and taking trips with his family. He organized ice bucket challenges, worked full time and he went on so many bike rides.

As was God’s plan, Kevin died peacefully in his sleep on Tuesday January 5, 2021. Just prior, with his family by his side, Kevin typed his very last words, “Go Army! Beat Navy! Go Navy! Beat Everyone Else!”  He never let things get him down.  He showed us his love and strength every day, and in the end, Kevin Heller did beat ALS. As the West Point Alma Mater says: “and when our course is run, may it be said well done, be though at peace. Kevin Patrick Heller, father, son, husband, brother and priceless friend…. well done. Kevin’s mantra throughout his battle was:

A Memorial Mass will be celebrated at the Church of the Resurrection in Rye, NY on Saturday June 5, 2021 at 10:00 AM. The Mass will be livestreamed for those who are unable to attend in person.  Please click here to view the link.

Share Your Memory of
Kevin
Upload Your Memory View All Memories
Be the first to upload a memory!
Share A Memory
Send Flowers
Plant a Tree