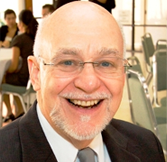 Please share a memory of Br. Richard to include in a keepsake book for family and friends.
View Tribute Book

Brother Richard Joachim DeMaria C.F.C. passed away on June 20, 2021, at the age of 78. Br. DeMaria was born on June 25, 1942, in Wadsworth, Ohio, the son of Fred and Helen Kane DeMaria. After attending Bergen Catholic High School, Oradell, New Jersey, Richard entered the Juniorate of the Edmund Rice Christian Brothers in Lakewood, New Jersey.  Upon completion of high school, he continued his education as a Christian Brother at Iona College where he received a BS in Science Education.  Brother DeMaria continued his higher education at Saint Michael’s College in Toronto earning his MA in Theology and a PhD in Religious Studies.

Brother DeMaria  entered the Congregation of Edmund Rice Christian Brothers on September 1, 1958,  professing his final vows on June 27, 1967. His ministry took him to several schools including, Iona College as Dean of Students and later as Vice President of Iona College.  Brother also served at Los Hermanos Community in Bonita Springs, FL, and as Principal of Archbishop Curley-Notre Dame in Miami.  Upon completion of his leadership as Principal, Brother was appointed the Superintendent of Schools for the Archdiocese of Miami.

Seeking to be more adventuresome Brother DeMaria volunteered to be a member of the formation team for the training and education of young Christian Brothers in the Brothers African Province.  Brother spent several years in this ministry.

Upon returning to the United States Brother DeMaria jointed the Brothers’ Community at Iona Prep where his heath declined as a result of Lou Gehrig’s Disease.  Brother resided at St. Joseph’s Residence and in the last several months at St. Cabrini, Dobbs Ferry.

Br. DeMaria was predeceased by his mother Helen and his father, Fred.  He is survived by his three sisters, Sr. Gail, of the Sisters of St. Joseph of Peace, Elizabeth (Stanley) Sobon and Joann (John)  Mulqueen.

A wake will be held on Friday June 25, 2021, at the Graham Funeral Home, 1036 Boston Post Road, Rye, NY from 2 PM to 7 PM.  A Mass of Christian Burial will be celebrated at Holy Family Church, New Rochelle, NY on Saturday June 26, 2021, at 10:30 AM.   Interment will be at the Christian Brothers’ Cemetery in West Park, NY. In lieu of flowers donations may be made in Brother DeMaria’s memory to St. Joseph’s Residence, 30 Montgomery Circle, New Rochelle, NY 10804, or St. Cabrini, Dobbs Ferry, or Hospice of Westchester.

Share Your Memory of
Br. Richard
Upload Your Memory View All Memories
Be the first to upload a memory!
Share A Memory
Send Flowers
Plant a Tree