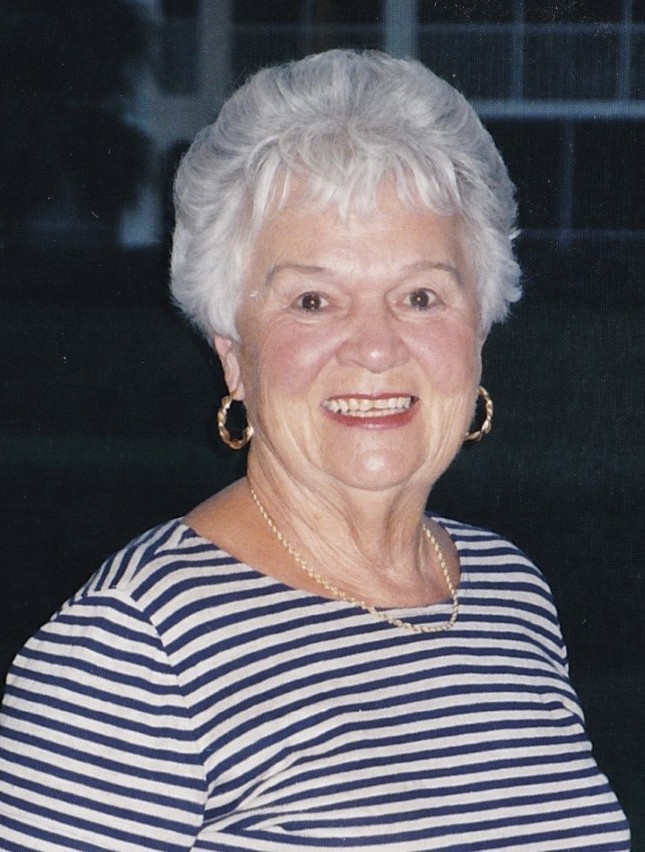 Please share a memory of Patricia to include in a keepsake book for family and friends.
View Tribute Book

Patricia “Pat” Trumm passed away peacefully on June 21, 2021 at the age of 96. Pat was born in the Bronx, NY on September 13th, 1924. She married Anton “Dutch” Trumm in 1946, and moved to her beloved Rye in 1967.  Prior to having a family, Pat worked for the phone company as a representative and resumed her career when her children were older.  She was very proud of her role in the working world and did not hesitate to share her accomplishments with everyone she knew. Pat was a lifelong boater and spent every weekend and vacation in the summer with her husband Dutch and 3 children on their cabin cruiser. Pat loved anything related to the nautical world and could often be seen wearing stripes, anchor motifs and coordinating jewelry. She was an accomplished knitter, cook, baker, avid reader and seamstress.  She loved a sale, could "stretch a dollar" and likely helped to keep Marshalls and T.J. Max in business throughout her lifetime. After 49 years of marriage her beloved husband, “Dutch”  passed away in 1995.  She subsequently moved from Sanford Street in Rye to Milton Harbor House. Pat often said that she felt like she was living at a country club and made fast friends. She especially enjoyed her weekly canasta games, was active with the Rye Seniors and was a parishioner at Resurrection Church . Pat was known for her quick wit and did not hesitate to speak her mind or share her opinions. She did not suffer fools gladly. When chided about her behavior, her response would often be, “What can I say, I’m just honest.” Guilt and remorse were not familiar words in her vocabulary but she was beloved by anyone who had the privilege of truly knowing her.  Pat loved her family with a fierceness that could rival any lioness. She frequently told her children, “I would go through fire for you.” (her way of saying I love you). Pat adored her grandchildren and was actively involved in their lives. She had a fabulous sense of humor and an abundance of energy. She was often the brunt of endless family jokes but embraced the attention and often responded with some classic “comebacks”.

The memories she made, exuberant personality and oftentimes outrageous observations and comments will live on forever.

A graveside service with immediate family members is planned.

Share Your Memory of
Patricia
Upload Your Memory View All Memories
Be the first to upload a memory!
Share A Memory
Plant a Tree