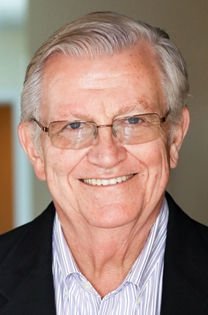 Please share a memory of Br. Kevin to include in a keepsake book for family and friends.
View Tribute Book

Brother Kevin Barry CFC passed away on July 13, 2021 at the age of 74.  Brother Barry was born on February 21, 1947, in Tralee, Ireland, the son of Michael and Helen McCarthy Barry.  Brother attended Power Memorial High School and the Christian Brothers Juniorate High School in Lakewood, New Jersey.  He entered Iona College where he received a BS Degree in Physics and Psychology.  Brother later studied at Columbia University earning his MA, MED and a PhD in Psychology.

Brother Barry entered the Congregation of Christian Brothers on September 12, 1962 and professed his final vows on June 27, 1972.  Brothers ministry took him to several schools including Essex Catholic High School and Bergen Catholic High School.  Br. Barry served on the faculty of Iona College for many years.

The family and the Christian Brothers will received friends at the Graham Funeral Home on Sunday, July 18, 2021, from 2 PM to 5 PM.  A Mass of Christian Burial will be celebrated at Holy Family Church, New Rochelle, NY, on Monday, July 19, 2021 at 9:30 AM.  Interment will be at the Christian Brothers' Cemetery in West Park, NY.  In lieu of flowers donations may be made in Brother Barry's memory to St. Joseph's Residence, 30 Montgomery Circle, New Rochelle, NY 10804.

Share Your Memory of
Br. Kevin
Upload Your Memory View All Memories
Be the first to upload a memory!
Share A Memory
Send Flowers
Plant a Tree