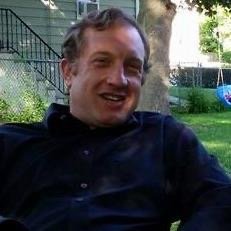 Please share a memory of Scott to include in a keepsake book for family and friends.
View Tribute Book

Francis Scott Gedney of Denver, CO. and Rye, NY. died on Tuesday, August 3rd, he was 46. Scott was born on December 1, 1974, at United Hospital in Port Chester, NY. He was the son of Robert W. Gedney II and Susan Mary Langhammer.

Scott attended elementary school at the Osborn School in Rye and was a graduate of Rye High School, class of 1993. He went on to study Hotel/Restaurant Management-at SUNY Cobleskill where he furthered his love of cooking. Scott's love for cooking led him to positions from Rye to Vermont, California and on to Colorado.

Scott was active in Boy Scouting as an elementary and high school student, attaining the highest rank in scouting, becoming an Eagle Scout.   An avid skier, he was a member of Rye High's ski team and spent many years skiing with family and friends at Mt. Snow in West Dover, VT., and the mountains of Colorado. Scott was an organ donor; he will live on. This is exactly who he was; we will miss him but know he's changed lives by being taken so young.

Predeceased by his parents Robert and Susan, Scott is survived by his sister, Erin Wood (Frank) of Rye Brook, NY, his aunt and uncle, Ellen Gedney Slater and Harold Slater of Rye, NY; uncle and aunt, James Gedney and Suzanne of Cambridge, NY and cousins Harold Slater (Karen) of Jay, NY, Matthew Slater (Mary) of Greenwich, Ct. and Lily Merrit (Paul) of  Chicago, Ill. and many family members and good friends.

In lieu of flowers, we ask that donations in Francis Scott Gedney's name be sent to Donor Alliance, Inc. 200 Spruce Street, Suite 200, Denver, Colorado 80230 or on their website at www.donoralliance.org.

Share Your Memory of
Scott
Upload Your Memory View All Memories
Be the first to upload a memory!
Share A Memory
Send Flowers
Plant a Tree