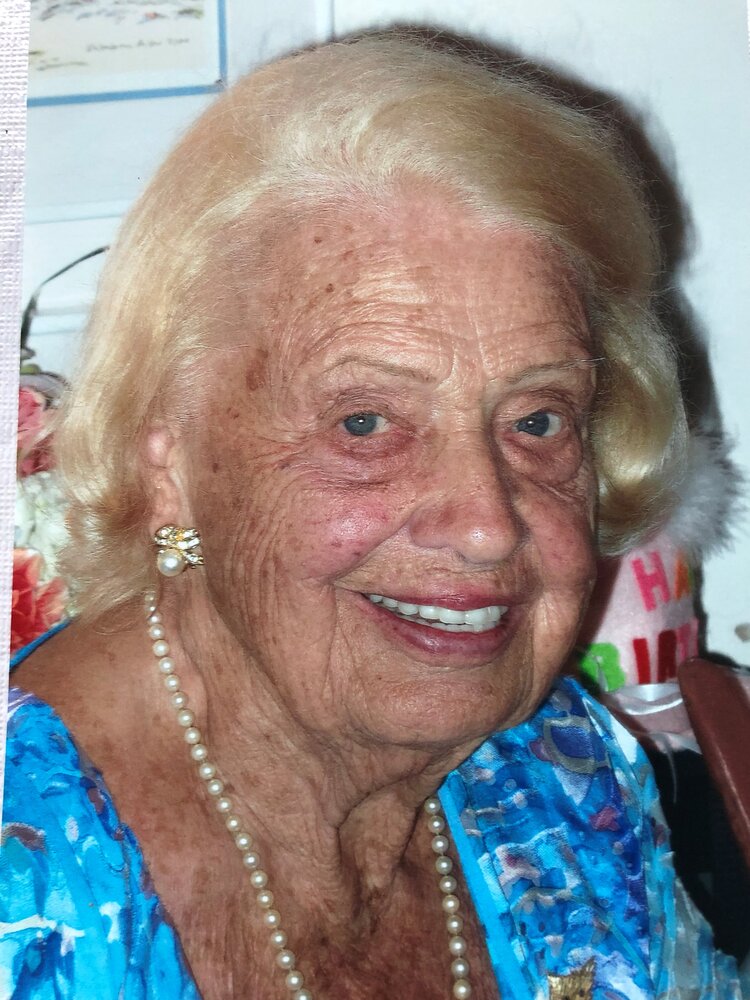 Please share a memory of Doris to include in a keepsake book for family and friends.
View Tribute Book

Doris Hughes Reade died peacefully August 23, 2021 a few weeks after celebrating her 103rd birthday.  She was born in Brooklyn, moved to Pelham at a young age and then to Rye in 1935.  She graduated from Rye Country Day School in 1936 and was a proud member of the Smith College class 1940.  Following her graduation from college, she attended the New York School of Interior Design and then worked as a designer before later returning to teach at the New York School of Interior Design.

In 1948 she married Robert Reade and returned to Rye to raise her family.  She was active in the community with the Little Garden Club of Rye, the Twig Organization, and the Rye Recreation Commission and was a longtime member of Christ’s Church.  With her husband, she was a former member of the Manursing Island Club, the Apawamis Club, The Moorings Yacht and Country Club and was a current member of the American Yacht Club.  She enjoyed vacationing in in Vero Beach, Fla. and West Falmouth, Mass.

Doris was a great conversationist who loved spending time with family and friends as well as meeting new friends.  She was an active reader, enjoyed gardening, and played bridge, tennis and paddle tennis with enthusiasm.  After her husband’s death, she took up golf again and had two holes in one while in her eighties.

Doris is survived by her three daughters, Deborah Christensen of Park City, Utah; Nancy Everett (Nick) of Rye, N.Y.; Jane Nissi (Nordo) of Groton, Mass.; a cousin Jane Wilson of West Islip, N.Y.; eight grandchildren and six great grandchildren.  A memorial service will be held at Christ’s Church September 2 at 11:00.  Donations can be made in her memory to Christ’s Church Rye, 2 Rectory Street, Rye, NY 10580.

Share Your Memory of
Doris
Upload Your Memory View All Memories
Be the first to upload a memory!
Share A Memory
Send Flowers
Plant a Tree