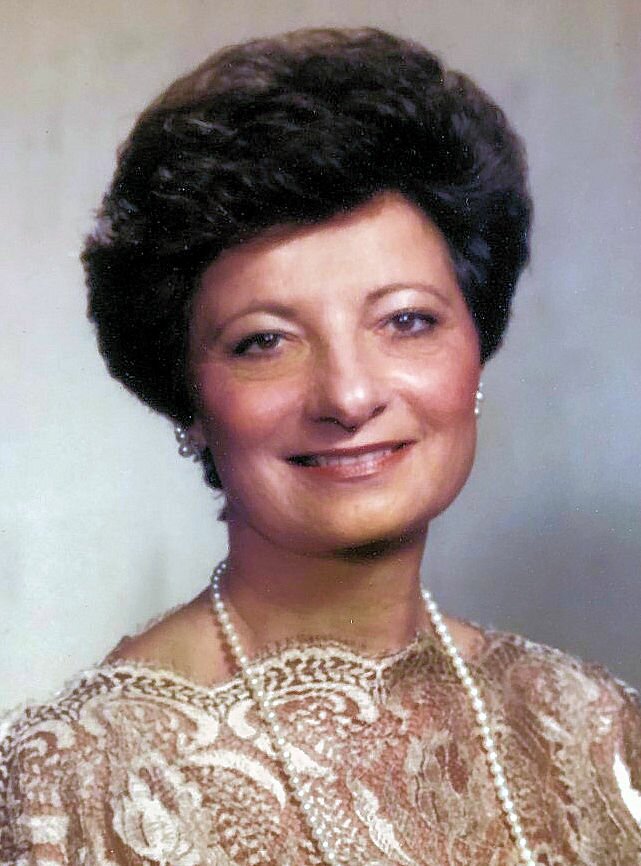 Please share a memory of Joan to include in a keepsake book for family and friends.
View Tribute Book

Joan DiPalma, a longtime resident of Rye, NY, passed away peacefully on Thursday, September 23rd. She was 87 years old.

Born on June 24th, 1934 in the Bronx, she was the daughter of Mary (nee Guerci) and Charles Suriano. Joan graduated from Columbus High School at the age of 16 after skipping a grade. She was a high school cheerleader and involved in many school activities. Joan was given much freedom as a child because her parents felt she was mature and smart enough to allow her this freedom. She often told the story of when her mother would give her two nickels to ride the bus to see her grandmother at the age of six. After graduation from Columbus High School, Joan attended Fordham College of Nursing and upon graduation became an Operating Room surgical nurse, often requested as the nurse to be in the OR by many of the surgeons for her skills, professionalism and dedication. It was in the OR that she met her future husband, Dr. Louis DiPalma. They were married in June 1956.

At The Osborn, Joan was a vital member of the community and Joan and her family are grateful for the love and care she received from the staff and residents during her time there. Joan was involved in many community organizations in Rye and Westchester County. She was a Girl Scout leader, PTA member, and a long-time member and former President of the Rye Women’s Club. She was an active Board member and former Chairperson of the Visiting Nurses of Southern Westchester, creating the “Ask The Nurse Program”, a program in which nurses visited senior centers in the County to answer any medical questions or give advice if needed. Joan was also a founding member and active Board member of Hospice of Westchester County. For her many contributions to the health of seniors in Westchester County, Joan was elected to the Westchester County Seniors Citizens Hall of Fame. Joan had a life-long passion playing Bridge with both friends and competitively reaching Gold Master level regionally and nationally in North American Bridge championships. She also enjoyed gardening and was a member of the Rye Garden Club. Most of all, she loved spending time with her children and grandchildren. Joan was known by all as a person who treated everyone with kindness and dignity.

Joan was predeceased by her husband, Dr. Louis DiPalma and brother Philip Suriano. Joan is survived by her brother Christopher and children Donna Cassidy (Joseph), Louis DiPalma (Cynthia), and Maria DiPalma. She is also survived by her six grandchildren: Michael, Amanda and Daniel Cassidy, and Louis Andrew, Devon and Jon Michael DiPalma. Joan was fortunate enough to meet and hug her great grandson Leo Coronado Cassidy prior to passing.

Donations in memory of Joan DiPalma can be sent to the following organizations that were very special to her: The Hope Center at The Osborn,101 Theall Rd. Rye, NY and Hospice of Westchester,1025 Westchester Avenue, Suite 200, White Plains, NY.

Share Your Memory of
Joan
Upload Your Memory View All Memories
Be the first to upload a memory!
Share A Memory
Plant a Tree