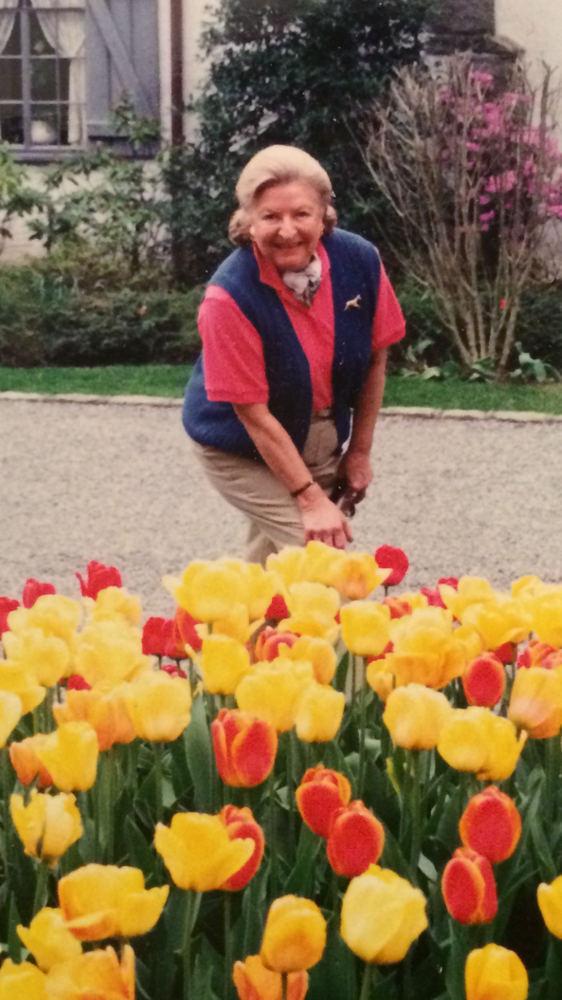 Please share a memory of Eleonora to include in a keepsake book for family and friends.
View Tribute Book

Eleonora (Nora) van Reekum Kobelt of Rye and formally Scarsdale, New York died peacefully at home on September 16, 2021. She was the devoted wife of Werner Arnold Kobelt, mother of Arnold Werner Kobelt, Brenda Kobelt Rice, Sandra Kobelt Hau, Peter Richard Kobelt, and grandmother to twelve adoring grandchildren and thirteen great-grandchildren with one on the way. Nora, known to her family as “Mutti,” was a true matriarch and a relentless advocate of family, creating time-treasured memories cherished by all who were graced by them. Her family was the pride of her life and she will be dearly missed.

Born April 29, 1929 in Bloemendaal, Holland, daughter of Aafke and Johannes van Reekum, sister to Hanny van Reekum Perbetsky, she attended Bornwater School in Holland, and moved to California during World War II with her family, where she graduated from Castilleja School, in Palo Alto. Her family later moved to Westchester County, New York, where she lived throughout her abundant life. She was also an alumna of the College of De Montreux, Switzerland, where she received a diploma in French. Among the other schools she attended were Sarah Lawrence College, Bronxville, Columbia University, and Washington School for Secretaries, New York City.

She met her beloved husband Werner, owner of Nipkow Kobelt Textile Inc., during her work as a translator for the United Nations in New York. They met at a mutual friend’s party and he won her heart in just a few hours, especially when he surprised her by paying her toll on the Whitestone bridge— a classic family story. Theirs was a lasting and long union until Werner’s death in 2014.

Nora was friend and family to many, known for her abundant native Dutch-inspired tulip beds, and a cornerstone of Westchester life.

A celebration of life will be held at a later date.

Share Your Memory of
Eleonora
Upload Your Memory View All Memories
Be the first to upload a memory!
Share A Memory
Plant a Tree