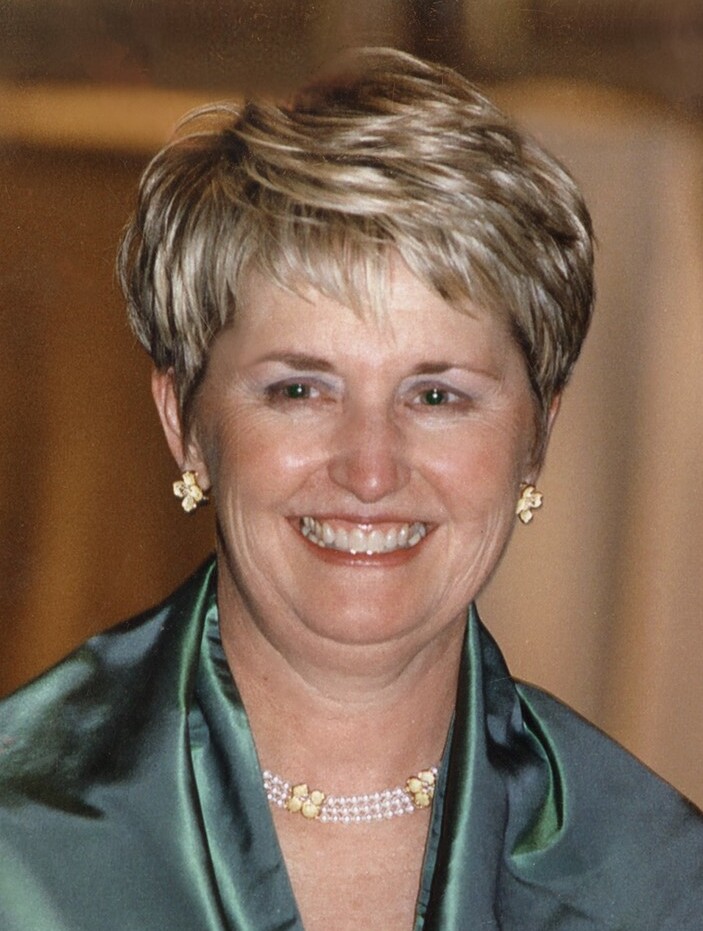 Randi Evelyn Sack died on October 2, 2021, after battling a long illness. She was 75. Randi is survived by her loving husband Joseph W. Sack, and their three children, and nine grandchildren. She was predeceased by her parents and two sisters.

Randi was born on April 25, 1946, in Yonkers, NY, to Evelyn Healy Slaatten, an author, and Alf Slaatten, a Norwegian sea captain. She was oldest sister to Marilyn and Barbara. Randi spent her early childhood years living overseas with her family in Bahrain, Singapore, Bombay and Sumatra. They returned to the United States and settled in Briarcliff Manor, NY.

Randi graduated from Ossining High School and Newton College of the Sacred Heart. In her sophomore year in college in 1965, Randi met Joe at a dance at the Fieldhouse at Holy Cross College in Worcester, MA. They have been together ever since.

After graduation, Randi and Joe were wed in 1968, and lived their early married years in Boston. They then returned to Briarcliff, where they raised their three children — Joseph Alf, Lauren Randi, and Marielle Karen. They made their home on Macy Road in the Chilmark neighborhood and were parishioners at St. Theresa’s Roman Catholic Church for 40 years.

After their children were born, Randi went back to school and received her Master’s Degree in Education from Manhattanville College. She was a proud first grade teacher at Sacred Heart School in Dobbs Ferry, and then the George Washington School in White Plains, where she served for over 20 years until she retired from teaching. Randi was absolutely devoted to her students.

After they became empty-nesters, Randi and Joe purchased a second home “pied-a-terre” in a return to Boston, where they enjoyed spending time together for 20 years. They became experts in Back Bay and Beacon Hill real estate and traded many properties. They were avid Red Sox fans and season ticket holders. They also loved their dogs, with a special fondness for Briards, and had many happy family pets through the years.

For the past decade, Randi was afflicted with early onset Primary Progressive Aphasia, which attacks the brain and affects cognitive and motor skills. She bravely fought the disease, refusing to give in. The family would like to thank the staff at The Osborn Home for their tender care of Randi during these last difficult years of her life, as well as her many dear friends who came to visit with her. Randi is survived by her husband Joseph W. Sack of Rye, son Joseph A. Sack (Kerri) of Rye, daughter Lauren Norquist (Eric) of Irvington, daughter Marielle Bush (Rob) of Rye, and nine grandchildren — Katie, Allie and Mary Sack; Morgan, Brynne and Nick Norquist; and Jack, Lily and Teddy Bush. Randi truly cherished all of her kids and grand-kids.

Randi was a frequent writer of thoughtful notes and cards to her family and friends. She would always end her birthday greetings with “Ad Multos Annos.” And now we say to Randi/Mommy/Yaya — “Requiescat in Pace.” In lieu of flowers, please send us a note of your favorite memory of Randi.

A Funeral Mass will be held at Resurrection Roman Catholic Church in Rye on Thursday, October 7, 2021, at 11 am. Arrangements by Graham’s Funeral Home.

Share Your Memory of
Randi
Upload Your Memory View All Memories
Be the first to upload a memory!
Share A Memory
Send Flowers
Plant a Tree