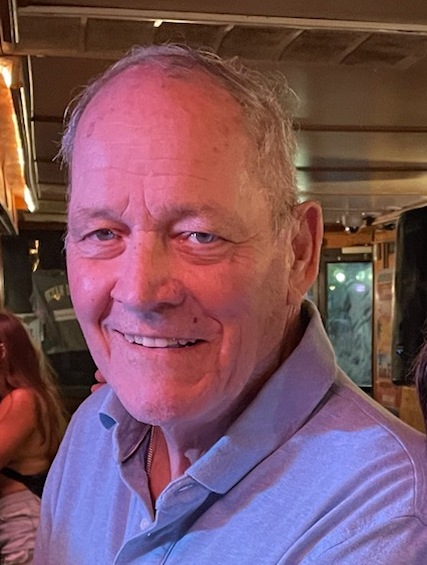 Please share a memory of Michael to include in a keepsake book for family and friends.
View Tribute Book

Michael J. McLoughlin, a long-time resident of Rye, NY, passed away peacefully at the age of 83 on Sunday, October 24th at Greenwich Hospital with family by his side.

Michael was born in Brooklyn, NY on December 25, 1937 to the late James McLoughlin and Miriam Walters. He was the typical middle child of 5 children, learning to fly under the radar. His siblings often said he could do no wrong, even though he had a penchant for getting into trouble.

Michael graduated from Iona Prep high school in 1955. He continued his education at the College of the Holy Cross in Worcester, MA graduating in 1959 with a bachelor’s degree in Business Administration/Marketing. He then went on to Fordham University School of Law obtaining his Bachelor of Laws in 1962. After securing his LLM taxation degree from the NYU School of Law in 1967, he entered the Marines, often recounting stories from his boot camp training at Parris Island. He finally finished his studies with a doctoral degree in law from NYU in the 1970s (at which time his children referred to him as “Doctor Dad”).

Michael was a rarity having only one job for the majority of his career as an attorney at law for the New York City Law Department where he worked for over 50 years, finally retiring in 2017 at the age of 79.

Michael married his wife of 33 years, Mary Anne Bowen, on March 23, 1968 at Sacred Heart Chapel in the Canal Zone, Panama. Their meeting can be attributed to Michael’s sister, Ann, who attended Barry College in Miami, FL with Mary Anne as her freshman suite mate. Given the expense to travel home to Panama for school breaks, Mary Anne was invited to return home to NY with Ann on these occasions, meeting Michael. They went on to have 2 daughters in 1970 and 1971 respectively, Kristin (Casey) and Reagan. Michael is preceded in death by both his wife Mary Anne, who passed away on March 17th, 2001 from colon cancer, and his daughter Casey, who lost her valiant battle with cystic fibrosis at the age of 10.

Michael was a devoted husband and father who enjoyed skiing well into his seventies at his favorite mountain, Butternut. He was also an avid beachgoer to the local Rye Town Park beach, Jones beach and would often go “down the shore” to Avalon with his daughter Reagan and her family. His other passion was music. He was rarely without his headphones and enjoyed all types of music. He attended well over 200 live concerts, especially over the past 20 years after his wife’s passing, with his favorite being Bruce Springsteen and the E Street band. Michael will forever be remembered for his sense of humor and his love-hate relationship with the NY Giants. He also often recalled his fondness for his beloved Brooklyn Dodgers before they moved. He will be deeply missed by his family, friends, and all who knew him.

Norwalk, CT and Ann Cashwell of Southold, NY and many nieces and nephews. In addition to his parents, wife and daughter Casey, he is predeceased by 2 of his siblings, James McLoughlin and Catherine McLoughlin.

Family and friends are invited to attend the funeral mass at the Church of the Resurrection at 910 Boston Post Road in Rye, NY on Saturday, October 30th at 10am. Visitation will be held from 6-7pm on Friday, October 29th at Graham Funeral Home at 1036 Boston Post Road in Rye, NY. The Mass will be livestreamed for those who are unable to attend in person.  To view the livestream, please click here.  A private burial will follow at a later date.

In lieu of flowers, memorial donations may be made to the Cystic Fibrosis Foundation at cff.org.

The family would like to thank the caring and supportive staff at Greenwich Hospital ICU for helping them through this difficult time.

Share Your Memory of
Michael
Upload Your Memory View All Memories
Be the first to upload a memory!
Share A Memory
Send Flowers
Plant a Tree