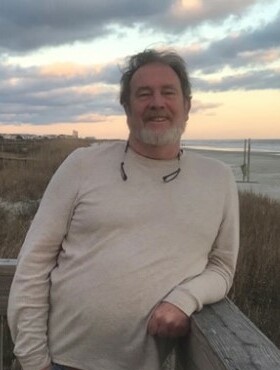 Please share a memory of Michael to include in a keepsake book for family and friends.
View Tribute Book

Michael Kevin Goane (Mike) passed away suddenly on November 21, 2021, at the age of 68 in his home in South Pomfret, VT. He was born on January 7, 1953 to Marion Wood and Charles Goane of Rye, NY. Mike touched the lives of all who knew him. His laughter was contagious, and his sense of humor was a trademark of his personality for which he will always be remembered. Mike was a loving and caring father to his three children Karyn, Kimberly Hatfield (her husband Bryce), and Gordon. He was also a devoted grandfather to his beloved granddaughter Kaley. He is survived by his former wife Debbie Goane and siblings Nancy Sparan (her husband Bobby), David Goane (his wife Doris), Betsie Gazzola (her husband Gary), and Chris Goane (his wife Chise), as well as many nieces and nephews.

Mike was a 1971 Greenwich High School graduate. He resided for many years in Brookfield, CT where he owned and operated a furniture refinishing business.  Mike eventually relocated to Vermont where he spent many hours supporting others through their crisis and recovery process at Headrest in White River Junction. He later pursued a career as a licensed massage therapist, most recently at Spa at the Woods in Killington, VT. He was also a caretaker for a large estate and spent many hours volunteering as a Killington Mountain Ski Ambassador.

A true outdoorsman, Mike had many hobbies and interests, including hunting, fishing, gunsmithing, skiing, snowmobiling, and motorcycle riding and refurbishing. His early childhood was spent fishing on the Mianus River in Cos Cob, CT where he met his lifelong friend and brother in-law Bobby Sparan. He had a passion for woodworking, and most recently could be found spending many hours turning raw wood into beautiful works of art. It was through these passions, that Mike maintained deep connections with his family, friends, and community.

The family will accept visitors to celebrate the life of Mike at Graham Funeral Home: 1036 Boston Post Road Rye, NY 10580 from 1:00-4:00 p.m. on Saturday December 18, 2021. In addition, a celebration of life will be held in the spring in Killington, VT. In lieu of flowers the family has set up a GoFundMe page.

Mike’s most recent spiritual exploration allowed him to view death as a coming home; a new beginning rather than an end. Please celebrate his life and this new beginning with him.

Share Your Memory of
Michael
Upload Your Memory View All Memories
Be the first to upload a memory!
Share A Memory
Send Flowers
Plant a Tree