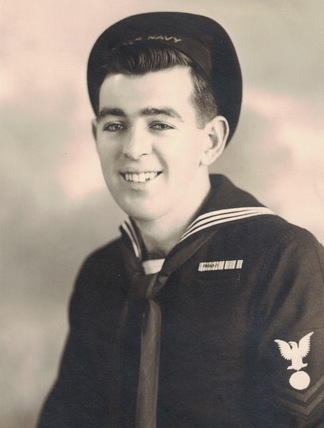 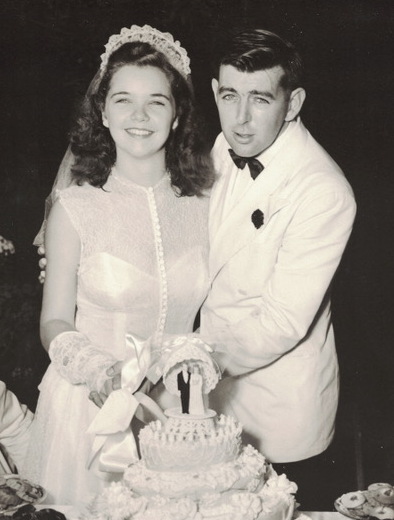 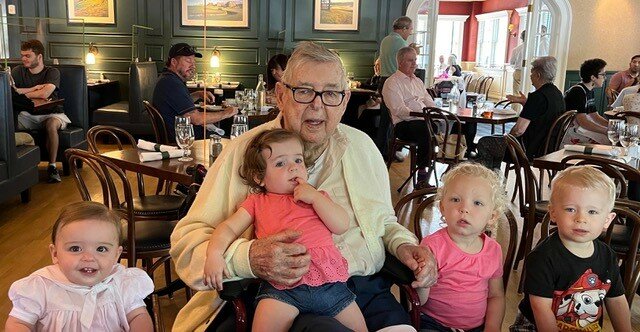 George attended Rye schools and joined the Navy in 1942 after graduating from Rye High School.  He served on board the USS Iowa (BB-61) from pre-commissioning until the end of World War II.  Following the war, he worked for the New York Telephone Company until his retirement.

George married the love of his life for over 75 years, Florence Moller, on August 16, 1947.  Together they enjoyed raising two children, boating, cruising, traveling by motorhome, and visiting all 50 US states and many countries.  He was a member of the Rye Fire Department for over 65 years, and served as chief from 1964 to 1966.  He was an active lifelong parishioner of Resurrection Church in Rye, serving as a regular usher for the 10 o’clock Sunday Mass.

George was a family man, and enjoyed being a part of his children’s, grandchildren’s and great-grandchildren’s lives as they grew up.  Always a humble and caring man, he put others needs ahead of his own his entire life.  He is survived by his wife, Florence; two sons, John (Joanne) Graham of Rye and Peter Graham of Lafayette CO; three grandchildren, Jennifer (Matthew) Calvert, Joseph (Maggie) Graham and Joan (Timothy) Beckert; and six great-grandchildren, Allison, Charles, Elizabeth, Courtney, Rosalia, and Nicholas.

The family will receive friends at the Graham Funeral Home on Friday December 17, 2021 from 4:00 - 7:00 PM.  Mass of Christian Burial will be on Saturday December 18 at 10:00 AM at the Church of the Resurrection with burial to follow in Greenwood Union Cemetery.  The Mass will be livestreamed for those who are unable to attend in person.  To view the livestream, please click here.  In lieu of flowers, a donation may be made to The Osborn Foundation, 101 Theall Road, Rye, NY.