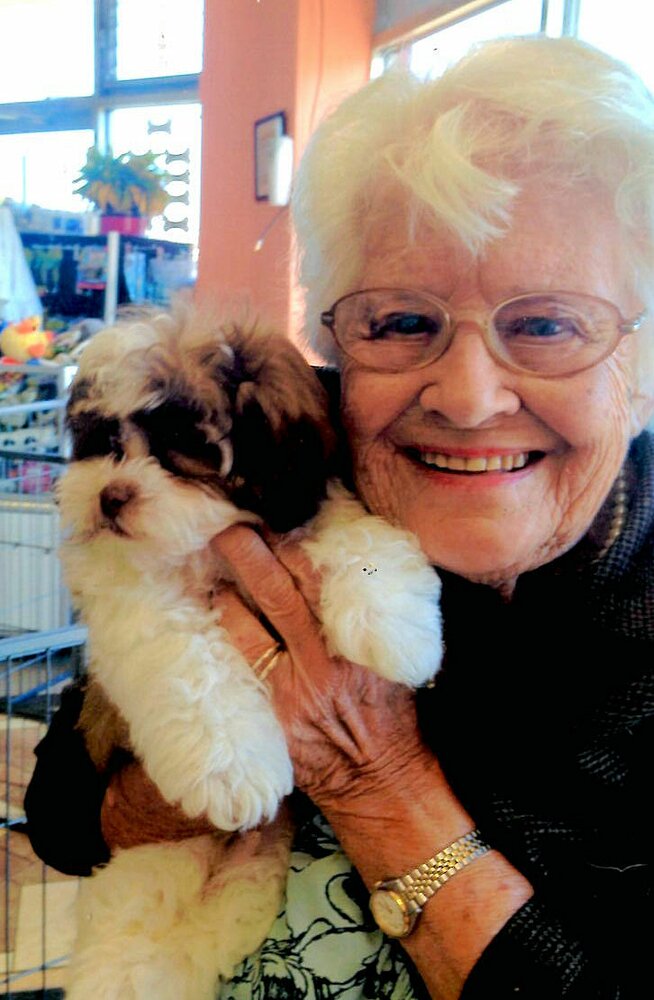 Please share a memory of Jean to include in a keepsake book for family and friends.
View Tribute Book

Jean Lawrence Konopka passed away peacefully at her home on December 15th, 2021. She was 100 years old, born to the late Anita and William Lawrence in New York City on February 18, 1921. Jean was predeceased by her loving husband of 65 years, Theodore R. Konopka. They married at the Rye Presbyterian Church on June 1, 1946. She is also predeceased by her two brothers, Roger Lawrence and Bill Lawrence. Her family enjoyed living in Rye, New York, for 88 years. Jean graduated from Rye High School and was a big fan and supporter of the Rye Garnet football team for many years.

The family will receive friends at Graham Funeral Home on Sunday, December 19th, from 2pm to 5pm, The funeral service will be Monday at 10am at the funeral home.  In lieu of flowers donations can be made to Calvary Hospice, 1740 Eastchester Road, Bronx, NY 10461.

Share Your Memory of
Jean
Upload Your Memory View All Memories
Be the first to upload a memory!
Share A Memory
Send Flowers
Plant a Tree