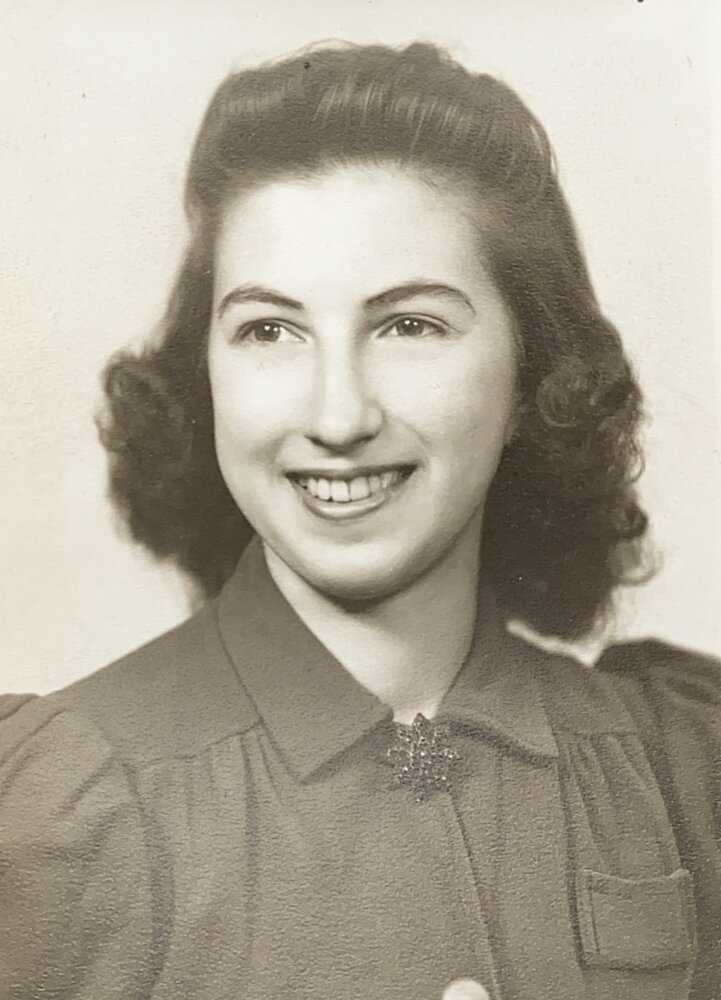 Obituary of Anita B Herron

Please share a memory of Anita to include in a keepsake book for family and friends.
View Tribute Book

Mrs. Herron was born Anita Emma Bertha Neumeyer on Christmas Day, December 25, 1921 in Bay City, Michigan to Edwin and Hedwig Walter Neumeyer. She was educated in Bay City and graduated from Central High School in 1941, the first female to do so in the farming community. She worked for General Motors in Bay City from 1941-1946, using her earnings to establish her sister Vera in business. In 1947, she moved to New York City to work for British Overseas Airway Corporation (BOAC) as a ground stewardess, traveling the world for nine years and visiting six continents (Antarctica was too cold).

On December 6, 1955 she married Douglas G. Herron at Grace Lutheran Church in Jamaica, Queens, NY. They moved to Doug’s hometown of Rye, NY in 1956 and lived for a few years at Highland Hall until beginning their family. In 1960, they moved to their home on Oakwood Avenue by Rye Beach, in the same neighborhood where her husband grew up. Ann would live there for 62 years.

Locally, she was an active member of First Lutheran Church of Greenwich and her husband’s family church, Rye Presbyterian, as well as Altar Guild, Lutheran Women’s Ministry League, Ceres Garden Club of Rye, Women’s Club of Rye, Rye Girl Scout Leaders, Rye Historical Society (as Volunteer Coordinator and costumed hostess), Rye Nature Center, Milton School PTO, Rye Seniors, and Literacy Volunteers of Westchester. Mrs. Herron worked as an order editor for Avon in Rye for nine years until her retirement in 1981. She enjoyed playing Canasta with neighborhood friends, going on trips with her husband Doug through Rye Seniors, gardening, and spending time with her three beloved granddaughters who grew up in the house next door.

Calling hours are Wednesday March 2 from 4-7pm at Graham’s Funeral Home in Rye.

The funeral is Thursday March 3 at 10:00am Rye Presbyterian Church, Rye, NY.

Share Your Memory of
Anita
Upload Your Memory View All Memories
Be the first to upload a memory!
Share A Memory
Send Flowers
Plant a Tree