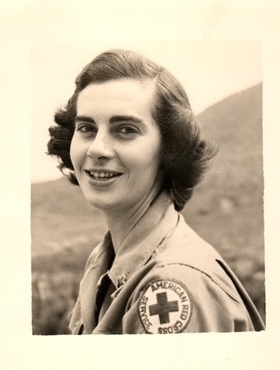 Please share a memory of Elizabeth to include in a keepsake book for family and friends.
View Tribute Book

Elizabeth Healy, a long-time resident of Rye, died on March 17th at the age of 97. Betsy, the daughter of Elizabeth Moore Healy and Thomas P. Healy, was born in Chevy Chase, Maryland in 1924. She moved to Rye at the age of eight and spent her childhood on Apawamis Avenue and then more than fifty years in New York City and Blind Brook Lodge.

Betsy graduated from the Rye Country Day School and received her bachelor’s degree from Connecticut College for Women in 1946 followed by a Masters of Science-Social Work from Fordham in 1959. As a member of the Red Cross, she served oversees in both Army and Navy hospitals during the Korean Conflict receiving the Swedish Red Cross medal and a South Korean Presidential Unit Citation.

Beginning in 1955, she began a long and distinguished career at St. Vincent’s Hospital in New York’s Greenwich Village. During this time she became Director of Medical Social Work and helped St. Vincent’s become a leader in caring for AIDS patients in the region. Upon her retirement in 1991, she became an active volunteer for Stay-In-Place Rye (SPRYE); a teacher of English as a Second Language; a nursing home ombudsman; and, a hospice volunteer.

Known affectionately as ‘Aunt Betsy’ to scores of her niece’s and nephew’s friends, she will be remembered for her expansive memory and penchant for story telling. Her long-time friends will never forget her striking good looks and kind soul.

In addition to her parents, she is predeceased by her brother, Thomas M. Healy; her sister-in-law, Edith Corten Healy; her nephew, Tommy Healy; and a grand-nephew, Paul Healy. She is survived by two nieces, Suzanne Healy of Aptos, CA. and Renee Fill of New Canaan, CT., and a nephew, David Healy of Richmond, VT. as well as their spouses and two grand nieces and two grand nephews.

A celebration of her life will be held at the Church of the Resurrection in Rye on Saturday, March 26th at 10:00 a.m. with a reception to follow immediately afterwards at the Shenorock Shore Club. A private burial is planned. In lieu of flowers, contributions may be made to the Rye Free Reading Room.

Share Your Memory of
Elizabeth
Upload Your Memory View All Memories
Be the first to upload a memory!
Share A Memory
Send Flowers
Plant a Tree