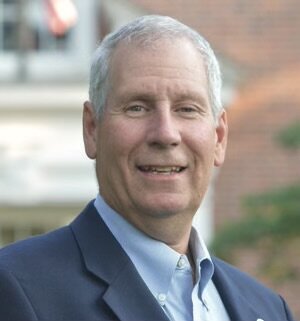 Please share a memory of Richard to include in a keepsake book for family and friends.
View Tribute Book

Our dear husband, father, brother, and friend, Richard, passed away on Good Friday, April 15, 2022, following a courageous battle with cancer. He faced his illness with strength and humor; never allowing it to overshadow his desire to enjoy life and his relationships with others.

He was born on November 29, 1954, to Sadie and Dan Mecca at United Hospital in Port Chester, New York. Graduating from Port Chester High School in 1972, he began his career as an electrician in the apprenticeship program for IBEW local 501. He established and ran Mecca Electrical Company from 1984 until 2002, servicing homes and businesses in Rye. Continuing his work in the electrical field, he became an Electrical Inspector, ending his career as Senior Electrical Inspector for the City of White Plains. Well respected for his knowledge of building codes, colleagues would often develop questions to “stump the Mec”. Richard was an instructor for Southern Westchester BOCES, teaching classes in the National Electrical Code.

Possessing a strong sense of public service, Richard served as Deputy Mayor of the Rye City Council until his resignation in January 2022 due to declining health. Taking considerable pride as being the lone Republican on a Democratic Council, he understood the true purpose of a political career was to serve the community by finding compromise for the greater good. Richard also served on the Rye City Board of Architectural Review and Planning Commission.

In addition to his years on the Rye City Council, he was an ex-Captain with the Rye City Volunteer Firefighters.Always enthusiastic about fire safety, he served as treasurer of the Westchester County Fire Marshalls Association.

As a longtime member of Rye Golf Club, he will be remembered for his long drives and calm demeanor on the course. While a strong competitor, he loved the game of golf and would play with anyone just for the fun of it.

Richard loved traveling by car and train throughout the United States, particularly the Southwest. Always happy to serve as the travel guide, he welcomed companions on his trips.

The family wants to thank all the Angels who supported us through this long journey. If there is a gift of cancer, this has been ours. Also, a special thanks to the staff of Memorial Sloan Kettering who cared for Richard; Dr. Mark Kris and his team, Allie, Stephanie, and Lauren, always treating him as a person and not a cancer patient. The Hospice Team of Calvary Hospital and Visiting Angels helped make Richard’s final months comfortable.

In lieu of flowers, please consider donations to Memorial Sloan Kettering, Calvary Hospital Hospice or SoulRyeders of Rye because no one can fight cancer alone.

Share Your Memory of
Richard
Upload Your Memory View All Memories
Be the first to upload a memory!
Share A Memory
Send Flowers
Plant a Tree