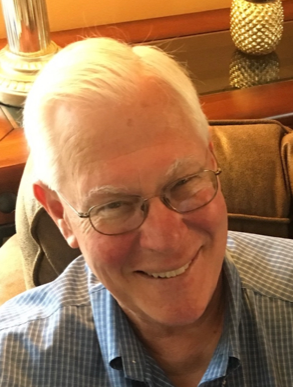 Please share a memory of Gary to include in a keepsake book for family and friends.
View Tribute Book

Gary Rotundo, longtime resident of Rye, New York passed away on Friday, April 29, 2022 after a courageous battle with cancer. He was born on March 1, 1950 to Rocco and Dean Rotundo in Port Chester, New York and was raised in Purchase. He began his career with the Plumbers Union and would later retire as Chief Engineer of The Osborn Home in Rye. He was a loyal friend and loved family above all else. An avid hunter and sportsman, Gary enjoyed traveling out West to follow his passion for hunting, but he would most enjoy his time spent at his cabin in upstate New York.

He was the proud father of his three children Bryan, Greg, and Annie. Having been blessed with six grandchildren, Gary’s greatest passion in life was the role of being a Grandpa. He was happiest when everyone was together. Gary loved traveling with Maryann and their friends, but no place was more special to him than being home with his family.

In lieu of flowers, please consider donations to St. Jude Children’s Research Hospital. A wake will be held on Thursday, May 5 at Graham Funeral Home, 1036 Boston Post Road, Rye, New York from 4:00 pm - 8:00 pm. A funeral mass will be celebrated at the Church of the Resurrection, 910 Boston Post Road., Rye, New York, on Friday, May 6 at 10:00 am.

Share Your Memory of
Gary
Upload Your Memory View All Memories
Be the first to upload a memory!
Share A Memory
Send Flowers
Plant a Tree