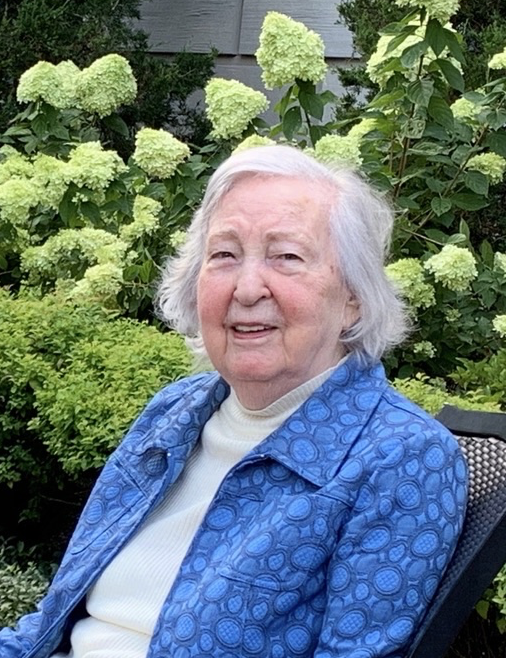 Please share a memory of Betty to include in a keepsake book for family and friends.
View Tribute Book

Betty was born to the late Joseph and Alice McKenica on April 1,1930, in Pennsylvania, and moved to Buffalo at age three.    Betty graduated from Kensington High School in Buffalo in 1948, and earned a Bachelors Degree in Business Education from the University of Buffalo in 1953, where Betty was Chapter Vice President of Chi Omega, Member of Cap and Gown, and Norton Woman of the year.

Betty married Robert Durdan in 1956, settling in Middleport where together they owned and operated Country House Furniture and raised a family.  Following retirement in the mid-1980s, Betty and Bob moved to Gainesville, Florida, where Betty was active in the community, enjoyed time with friends and family, and regularly traveled to England and Europe.  Betty and Bob settled in Jacksonville, Florida before moving to Westchester County, New York, to be near family, in 2012.

Betty spent her latter years at The Osborn retirement community, including the Hope Center for memory care, where she was an ace at trivia and received loving, supportive care.

Betty’s life will be celebrated on May 14, 2022 at 4:00 pm at  Christ’s Church in Rye, NY, where she was a member.  Internment will be held in Niagara Falls, Ontario, at a later date.  In lieu of flowers, donations can be made in Betty’s honor to the Osborn Retirement Community, 101 Theall Road, Rye, NY 10580.

Share Your Memory of
Betty
Upload Your Memory View All Memories
Be the first to upload a memory!
Share A Memory
Send Flowers
Plant a Tree