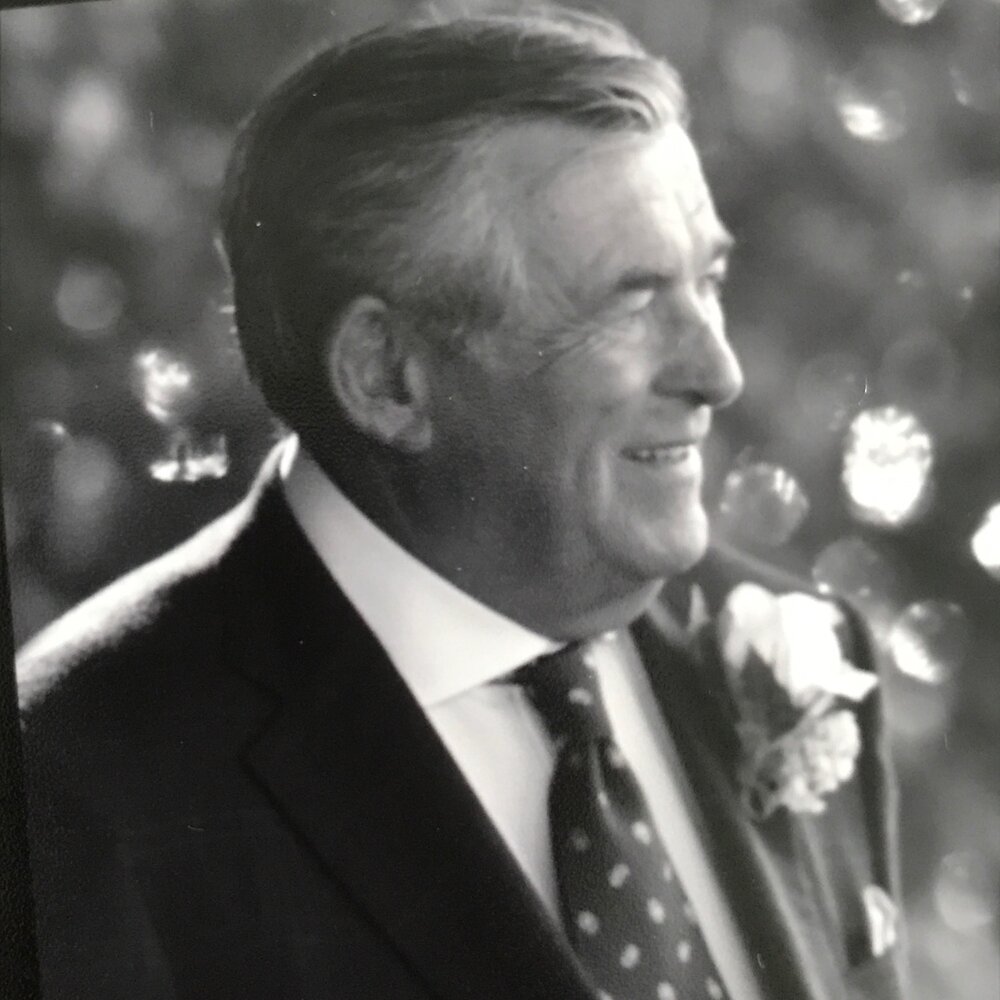 William Gregory Draddy died peacefully on May 22nd at the age of 84. Billy, is survived by his wife of 54 years, Patrica Mary (Dwyer); his sister Jean Hueffed; his 4 children and their spouses, Billy and Nina, Colleen, Greg and Geraldine, Mary Pat and Jon Rosenshine; and his 11 grandchildren, Mackenzie, Siobhan, Kate, Liam, Sean, Owen, Ian, Jack, Ryan, Annie and Finn. Billy also had 28 nieces and nephews, many cousins and numerous friends both near and far. Billy and Pat resided in Rye, NY for 30 years.

Billy was born on May 31, 1937 in Ware, Massachusetts to William Gregory Draddy and Mary Bergen Draddy and was raised in Mamaroneck, NY.  Billy attended Holy Trinity Grammar School in Mamaroneck up to 8th grade and then attended Iona Prep High School in New Rochelle where he starred in football, baseball and basketball. Billy went on to play football at Michigan State University, and after leaving Michigan State, he played semi-pro football for the Mount Vernon Crusaders. He was eventually signed to a rookie contract with the New York Giants and was cut before the season started. Billy was inducted into the Sports Hall of Fame in New Rochelle, NY in 2008 for his athletic endeavors at Iona Prep.

Following his football career, Billy joined his uncles in the clothing business, working first at Gregg Draddy and then Izod Lacoste. After a successful 25 year run in the clothing business, Billy became a partner in three restaurants in Westchester: Gus’s Franklin Park Restaurant in Harrison as well as Carl’s and the Larchmont Tavern in Larchmont. With a passion for good food, storytelling, and a big smile, Billy was a mainstay on the bustling floor at Gus’s for 20 years. Billy retired from the restaurants in 2004. After retirement, Billy and Pat spent close to 20 years at Heritage Village in Southbury, CT where Billy loved to entertain his grandchildren.

Besides working, Billy’s many passions included gardening (his Draddy tomatoes were the stuff of legend), bar-b-queing, coaching little league, and inspiring the youth of Rye in the love of sports. Billy was an accomplished golfer, and he loved taking long drives around Westchester, spending time with his children and grandchildren, and laughing with his lifelong friends. Billy leaves behind great friendships, several that lasted over 70 years, and he has joined the ones that left before him.

The family will receive friends at the Graham Funeral Home on Tuesday May 31, 2022 from 4:00-7:00 PM.  A Mass of Christian burial will be celebrated at the Church of the Resurrecetion in Rye, NY on Wednesday June 1, 2022 at 11:00 AM.  The Mass will be livestreamed for those who are unable to attend in person.  To view the livestream, click here.

Billy’s charm will be greatly missed by all who knew him. In lieu of flowers, please make donations in his memory to the Westchester Chapter of the National Football Foundation, where he served as the chapter president for 17 yearrs. Those making a donation in remembrance of Bill Draddy, should contact NFF Director of Finance Sue Tuggle at 972-556-1000 or by email at stuggle@footballfoundation.com. She’ll take credit card information over the phone if you prefer not to email it. As you know, the NFF is a 501(c)(3) tax-exempt organization, and contributions may be eligible for tax benefits based on an individual’s circumstances.