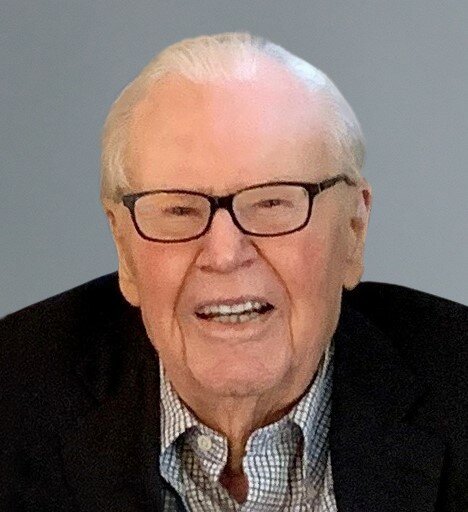 Obituary of John A. Corroon

Jack Corroon died peacefully of natural causes on July 7, 2022 at 99 years of age. He was preceded in death by his wife of 67 years, Rosemary Bradley Corroon.

The last of his generation, Jack was the patriarch of the extended Corroon family and took great joy in visits from his many nieces and nephews. Well into his 100th year he continued to share his wisdom, his perspective on life, and his terrific sense of humor.

Ever open to new ideas, Jack embraced technology, mastering FaceTime and Zoom, email and texting, and of course, Roku. He delighted many a grandchild and great-grandchild with his emojis.

Jack was born in Massapequa, NY in 1922, the youngest of 8 children. He was the son of Richard A. Corroon and Margaret Teaken, and the brother of Rick, Mary, Jimmy, Paul, George, Toni and Claire. He attended the Newman School in NJ and Dartmouth College. He served in the U.S. Army Infantry during WWII and was stationed in Hawaii and Occupied Japan.

Jack served for 35 years as an Officer and Director of R.A.Corroon & Co., later Corroon & Black Corporation, an international insurance brokerage firm in New York City which was co-founded by his father and uncle.

A Mass of Christian Burial will be held at the Church of the Resurrection in Rye, NY on Friday, July 29 at 11:00. The Mass will be livestreamed for those who can not attend in person.  Please click here to view the livestream.  Interment will be private.