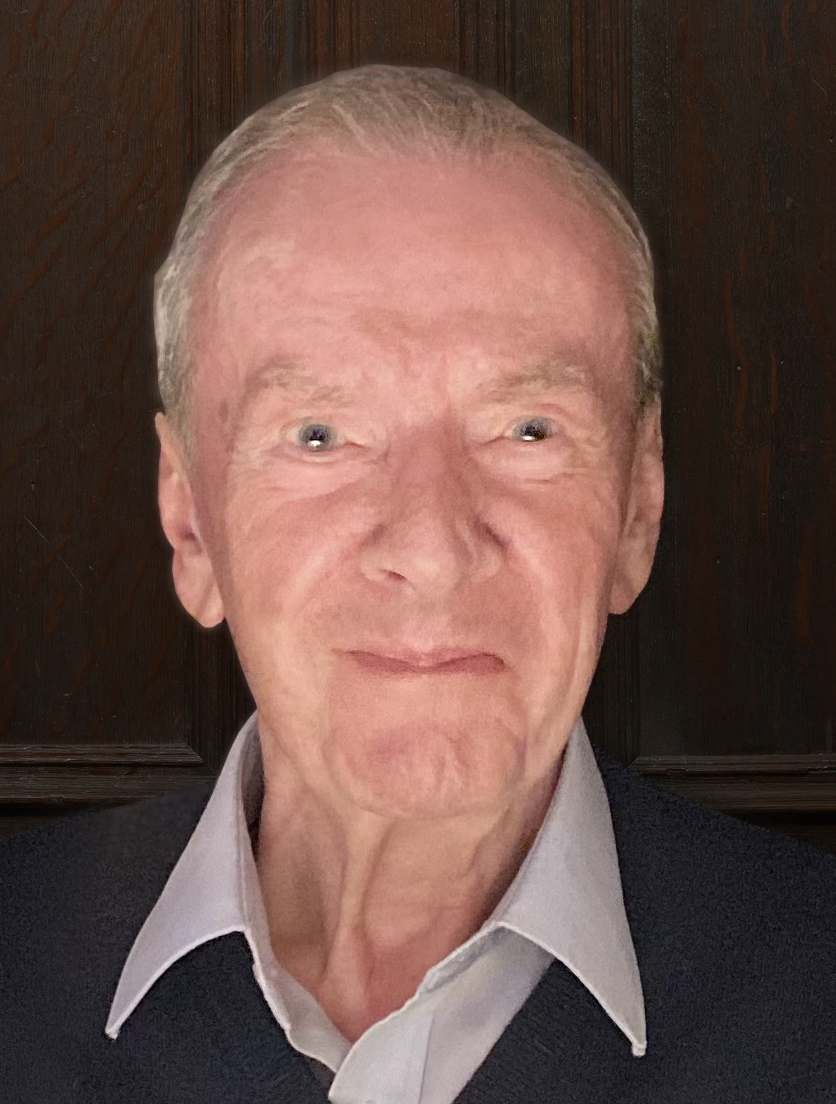 A banker by trade, Mr. Hooper left behind a rich business legacy. Having built a reputation nurturing foreign corporate investment in Ireland, he went on to expand the footprint of Irish banking in the United States and to boost investment, trade, and amity between the two countries.

He was a pillar of the Irish American community, most especially in New York, where for years he attended cultural events and hosted annual celebrations of St. Patrick’s Day at the Fifth Avenue headquarters of the Bank of Ireland, for which he served as chief executive in North America, and at his house in Rye.

Mr. Hooper’s greater legacy, however, was his large and loving family. One of seven himself, he had six children with Jill Clohessy, whom he married in October 1964. He lived to dote on their 13 grandchildren, who range now from 7 to 25 years old, and he reveled in the warmth and chaos of family gatherings.

He was a world traveler of high order, visiting more than 40 countries during his lifetime.

Peter John Hooper was born in Dublin, Ireland, on January 28, 1940 — although, as he loved to note, his birth certificate put the date nine days earlier. The mismatch was never quite explained, but likely fell to frazzled parents, a careless Irish clerk, or both.

The third child of Laurence Hooper, a prominent economist, and Miriam Hooper, née Harte Barry, he grew up in the Dublin neighborhood of Donnybrook. He was educated at the Catholic University School and joined Ireland’s National Bank — which later merged into the Bank of Ireland — immediately after finishing secondary school.

In 1973 he was selected to attend a Harvard Business School program for upward-bound managers from around the world. His time in Boston opened up his horizons and gave him new contacts, a much-cherished membership at the Harvard Club, and, later in life, bragging rights over his children.

With unstinting support from his wife, Mr. Hooper’s career followed the economic rise of Ireland itself. He helped to establish the Bank of Ireland’s presence in England and then built a thriving business lending to the foreign corporations that began flocking to Ireland in the 1970s, especially from the U.S. and Asia.

His approach was strongly personal, and he and Jill often entertained international executives at their home in the Dublin suburb of Killiney. His young family grew all the while, with Jill holding the fort during his frequent trips abroad; she gave birth to their fifth child while he was 3,000 miles distant, attending Harvard.

In 1982 Mr. Hooper accepted a post running the Bank of Ireland’s operations in North America, moving the clan of eight to New York. Originally intended as a five-year assignment, the job turned out to be a major life change. Roots grew and deepened, his children established independent lives in America, and he and Jill ultimately became U.S. citizens.

In 1993 Mr. Hooper retired from the Bank of Ireland. After attempting to buy the bank’s New York retail operation — which he had hoped to restyle as a flagship of the Irish American community — he settled into a second career consulting for Irish and American concerns and serving as the longtime chairman of The New Ireland Fund, an NYSE-traded vehicle for investment in the Irish economy.

He took great pride in his children’s achievements, enduring sunburns at countless graduation ceremonies, and he cheered the arrival of a new generation starting with the birth of a granddaughter on his own birthday (the real one) in 1997.

By the time they celebrated their fiftieth wedding anniversary in 2014, he and Jill had a dozen grandchildren and another on the way. They became frequent travelers to visit a family that now spanned from New York to Virginia to California. Their home life was enriched by a broad and loyal circle of friends in Westchester County, and punctuated by regular trips back to Ireland — including for two iterations of “Hooperama,” a bustling reunion of Mr. Hooper’s siblings, their children, and their children’s children.

On the business side, Mr. Hooper’s ongoing vision of Irish-U.S. investment ties was celebrated in 2018 when The New Ireland Fund was honored by the New York Stock Exchange. As the fund’s retired chairman, he stood on the NYSE’s balcony at the center of a group that rang the market’s opening bell.

Mr. Hooper loved travel and sport. He was a dedicated golfer who also enjoyed playing racquet sports and, in his early days, field hockey. He followed the exploits of Ireland’s world-class athletes with ardor, most especially its rugby team — and as a track-and-field fan since childhood, he was thrilled finally to attend the Olympic Games in person in 2012.

Although he slowed down toward the end of his life, he never stopped watching sport on television, and he always sang along with “Ireland’s Call” at the start of international rugby fixtures.

His appreciation for his wife and family was deep and unflagging. In his final days his most frequent phrase was “I love you.”

Mr. Hooper is survived by his wife, Jill, of Rye; by his six children, Laurence Hooper of Sterling, Va., David Hooper of Rye, Stephen and John Hooper, both of Los Angeles, Calif., Andrea Hooper Robert of Port Chester, N.Y., and Olivia Curry of Harrison, N.Y.; by a daughter-in-law, Lisa Hooper, and two sons-in-law, Jackson Robert and Michael Curry.

The Hooper family will receive guests at the Graham Funeral Home in Rye on Monday, July 18, 2022, from 2:00pm to 4:00pm and from 7:00pm to 9:00pm. A funeral mass will be celebrated at 10:00am on Tuesday, July 19, 2022, at the Church of the Resurrection in Rye, followed by interment at Greenwood Union Cemetery in Rye. The Mass will be livestreamed for those who are unable to attend in person.  To view the livestream please click here.

Donations in Mr. Hooper’s memory may be made to Part of the Solution (potsbronx.org), a local charity that he supported.

Share Your Memory of
Peter
Upload Your Memory View All Memories
Be the first to upload a memory!
Share A Memory
Send Flowers
Plant a Tree